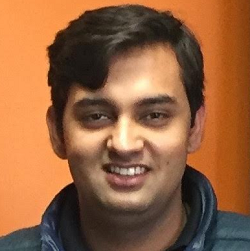 As humans we continuously draw inspiration from our surroundings. This particular trait motivates us to fix what is broken or make something altogether new and impactful. Asad Raza, the 22-year-old CEO of Neurostic, always knew he wanted to become a researcher and play a vital part in the society. But he was stumped about where to start. Little did he know that one fateful trip to a neurologist would turn out to be the place where Neurostic would find its roots.

Asad began Neurostic as a final year project keeping a focus on Parkinson’s Disease. Parkinson’s has close to 300,000 affectees in Pakistan and with only 100 active neurologists in Pakistan, the doctor-to-patient ratio is dismal. Furthermore, due to lack of any definitive diagnostic tool, Parkinson’s often goes undetected until it’s too late. With Neurostic, Asad and his team were focusing on developing a data-driven management system that would essentially delay the onset of Parkinson’s. In existing patients it would prolong the effect of drugs which tend to wear off as the disease takes a severe turn.

Not a lot of university projects morph into companies but Asad has dedicated himself to working full-time on Neurostic and now plans to take the startup to a Bio-Medical Enterprise level. Apart from their management system for Parkinson’s, the startup is also aiming to provide rehab for these patients by developing a physio-therapeutic system that can control the symptoms and delay the brain stimulation surgery. Moreover, in December last year they completed the acquisition of a small firm working in a similar area. The purpose of this acquisition was to gain valuable resources to work on active prosthetics for amputees. In this regard they are in contact with the Government of Punjab and also the Armed Forces Institute of Rehabilitation Medicine. An active prosthetic limb costs a fortune and is not affordable for the common man. Neurostic is working on developing prosthetic limbs locally and also provide maintenance for them.

Apart from developing their own products, Neurostic is in collaboration with the Michael J. Fox Foundation, National University of Medical Sciences, and an American startup for which they provide R&D services. Last year, Neurostic won the Gold Medal at the Asia Pacific ICT Awards. They have also founded Pakistan Society of Research in Healthcare wearables, started a research group at LUMS on Clinical Decision Support Systems, and most impressively, published their work in ICASSP, the world’s most prestigious Signal Processing conference.

With Neurostic, Asad’s achievements are numerous, his vision is enduring and it is only matched by his sheer determination to make things happen. 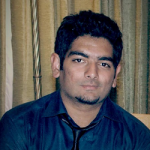 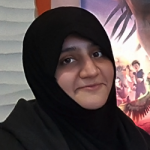