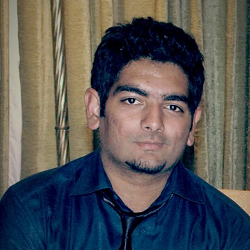 A self-proclaimed geek who has transformed his passion for robotics by fostering its culture in his university and is now working towards making a difference on a broader level!

Throughout his scholastic career, he led a distinguished profile when it comes to academic performance. Whether it was receiving cash scholarships from DWGR in SSC exams or it was getting your name shortlisted for Rector’s List at BUIC, Haseeb has always strived to be the best! He is also the recipient of Richard E. Merwin Student Scholarship from IEEE Computer Society which gives him the chance to serve as Student Ambassador of the Asia-Pacific region for the year 2017.

Last July, he led the Team Machinilog with the motto “Robots for Humanity” which was the first team ever to have represented Pakistan in the Robocup@Home competition being held in Leipzig, Germany. The total expenditure on their robot came around 200,000 PKR which was hardly a fraction when compared to the general trend of robots there which was around 10 million PKR and yet in their first attempt, they managed to finish above two teams who had been participating in the competition for so many years. In order to continue the legacy, he co-founded the Bahria Robotics Club upon his return.

Now in his final year of undergraduate study, he is currently working on an Electroencephalograph enabled robotic arm for amputees. His future ambitions are sky-high like his mindset and he firmly believes that we can, at least, introduce the advanced technological concepts in Pakistan in order to raise funding for long-term goals. He has targeted the U-Grad and Erasmus post-graduation scholarships and hopes to further enhance his research on Electroencephalograph-related study by pursuing it through an international perspective. 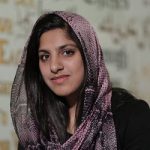 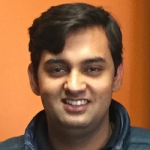