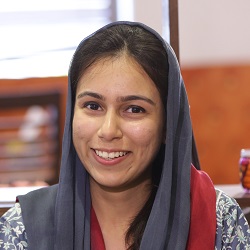 Despite the changing trends, career in technology is still considered less suitable for women. This is largely due to small number of female role models in a heavily male-centric tech industry. Nevertheless, Sarah Ahmad, a 22-year-old Software Developer from Lahore is one of the emerging techies.

Sarah was fascinated with computers from a very young age. She would often find herself maneuvering her way around it and trying to discover how everything worked. Sarah feels lucky that her passion didn’t die there, as she went to study Computers in both her Matriculation and Intermediate. When the time came to opt for a major at university, Computer Science was Sarah’s obvious choice. She credits her brother to being the inspiration behind that decision.

During her sophomore year at university, Sarah was selected as UET Lahore’s first Microsoft Student Partner after a highly competitive process. Under this title Sarah conducted awareness sessions, technical trainings, Microsoft Virtual Academy certifications, and helped out numerous community members. Her goal was to ensure young people like her get maximum benefit from Microsoft’s vast resources. The quality of her work was so impressive that she went on to receive the Hero Microsoft Student Partner Award in June 2016. She was one of the only two people to receive this award in the Middle East & Africa region and the first ever girl from Pakistan to ever receive the honor.

Even after her tenure as the Microsoft Student Partner has ended, Sarah continues to conduct trainings and awareness seminars. 2016 marked another milestone achievement for Sarah when she started her own Software Solutions company called Swift Vertical. Initially, it was a one-woman team which increased to 8 people working with her on freelance projects. Impressively, all of them are women!

Sarah plans to get industry exposure upon graduating which she believes would be vital in advancing her own company. She also firmly believes that girls should not let their gender limit their opportunities. With her sheer will and determination, Sarah Ahmad is becoming a force to be reckoned with. 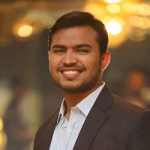