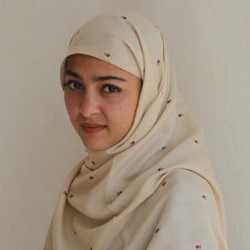 17-year-old Tahira Muhammad is one of the rarest people who know how to make the best of a harrowing situation. When Tahira was only a one, her father abandoned them. Her mother was left with the monumental task of raising a child alone. Amidst these testing times, her grandparent’s refused any support and forced Tahira’s mother to remarry. The second marriage was engulfed by financial woes which led to Tahira and her mother working as domestic helpers.

The job as domestic workers proved to be a miracle in disguise. The family who Tahira was working for realized her inquisitive nature and admitted her in their own school. In class, Tahira was being inspired by the knowledge imparted by books while at the home she worked at she was in complete awe of tech gadgets. While she observed children playing with those gadgets, she realized that technology was her calling but she didn’t know how to get there.

Coming from a small village in Swat where most girls are deprived of basic education, Tahira is aiming to bridge that gap by introducing technology in her society. In collaboration with a Women Rights Organization in District Swat, Tahira engaged in a project which was essentially an online portal that mapped incidences of violence against women. Every day she is learning more about Tech & IT. As a teacher at a small school, Tahira is trying to inspire a younger generation of girls to think big. She has also formed a small group in Swat called SheTech that focuses on providing young girls basic computer education. She is currently looking for funding to take it to a bigger level. Once it becomes operational across Swat, SheTech aims to provide young girls with basic computer education. Under this umbrella, Tahira also plans on opening a coding school in Swat.

Tahira has seen it all; family crisis, financial unrest, health woes. The only challenge confronting her is the realization she wants to bring about in the people of Swat regarding the vital role of Technology in development and prosperity. With her strong determination, Tahira hopes to go a long way. 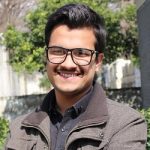