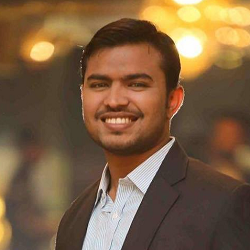 Usama Noman, a silver medalist from university, started off Botsify in mere 20 days, which is Pakistan’s first Chatbot builder company. Today within 9 months after inception, Botsify has got the attention of several big companies including Apple, Sony Music, and Shazam.

Since his childhood, Usama Noman had been inclined to medicine. He was exploring the same path until his brother introduced him to engineering. Always exceptional in studies, it was not difficult for him to acquire a spot at an undergrad program at the FAST University.

At FAST too, Usama kept on bringing laurels on the academic side. At the time of his graduation, he was awarded the silver medal. After the graduation, his batch-fellow Talha Yasin, introduced him to entrepreneurship.

Firstly they developed Hireonic, a platform modeled so as to perform as a bridge between the corporate clients and the graduates, simplifying the hiring process. Hireonic got selected to be incubated at Nest i/o for its second batch.

Later in April 2016, Facebook introduced Messenger platform with Chatbots. Realizing the true potential of chatbots with-held, this dynamic duo started working on a new startup. A startup that could help individuals and corporate clients make custom chatbots. Building a chatbot is a technical feat, a work that requires hands-on knowledge of computer science, “Botsify”, aimed at making it simpler by using Artificial Intelligence and Machine Learning.

To date Botsify has served about 16,000 clients, helping them build 14,000 chatbots. Recently, a Botsify chatbot catered to abut 17,000 users of a client in less than a month’s time.

The duo, right now, is aiming to scale Botsify as much as they can. Within next four to five years, they are aiming to become a billion dollar company. 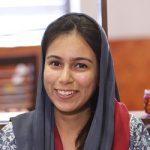 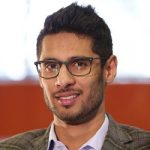