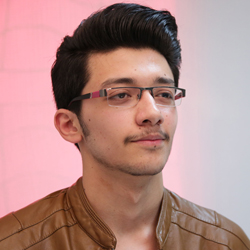 With well-over three lac subscribers on his tech channel XEETECHCARE, Zaryab Khan is certainly one of the top YouTubers from Pakistan. Zaryab covers the mobiles section, and many international tech websites love his job.

Zaryab transitioned from a residential school to one of the best colleges of Lahore, unaware that YouTubing is going to be future for him. He didn’t know that this feat is going to become of huge importance to him so much so that he would even consider changing his major. Zaryab was into a non-engineering field in intermediate. There were no doctors in his family and Zaryab just wanted to become one. Things started to change when Zaryab bought himself an iPhone 3GS. His liking for smartphones and technology started to grow.

In the short time span, after his intermediate exams and before his medical college entrance tests, he changed 3 phones. He used to love their features and capabilities. That was the time when he posted his first video on YouTube. It was purely random. He had a paid game on his then newly bought smartphone Samsung Galaxy S2, of which he decided to do a Video GamePlay.

The video, when posted on YouTube got some traffic. Encouraged, he started to do videos of other mobile related stuff on daily basis, despite the entrance exams fast approaching. He had an innate passion for such stuff. It grew to a point where he decided to switch his field of study and stop pursuing medical any further. He didn’t even have 1k subscribers on his YouTube channel at that time. Instead, he got an offer for Computer Science program in one of the private universities in Lahore.

In 2016, he took some time off his studies and fully focused on making videos for the channel. It was during the time that his YouTube channel jumped from below 50k subscribers all the way to 310k. His videos started getting shared from all the major tech websites from across the globe, including The Verge, GSMArena, and the PhoneArena. During the same time, upon crossing 100k likes, he received a Silver PlayButton Award from YouTube.

Currently, he has resumed his university studies. Along with the studies, he keeps on posting videos on YouTube regularly. He has a partitioned space within his house, where he shoots videos from a camera his father has bought him.

In the future, Zaryab aims at getting 10M subscribers from all over the world onboard his channel, helping people out so that they can purchase the best phone for their needs. 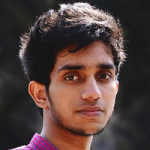 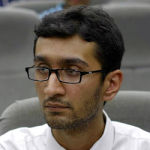