We welcome you all to our annual feature TechJuice 25 Under 25, class of 2018. Each year we bring you a list of high achieving Pakistanis under the age of 25 (or 25) who have excelled in technology arena. These young achievers have defied all the negative stereotypes attached to our country and garnered local and global accolades. Navigate through our list to e-meet innovators, entrepreneurs, artists and social activists that are stirring revolution in Pakistan. 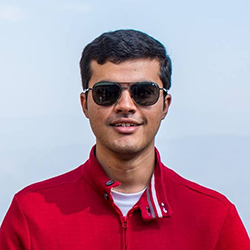 Hamza Afridi belongs to a family that was never known for producing many businesspersons. Even Hamza himself, at first, wasn’t thinking of entrepreneurship and business to be a prospective field which he’d be following. In 2013, Hamza got selected in the Electrical Engineering degree at National University of Sciences and Technology. Although Hamza was aiming to become a good engineer after attending the university, little did he know that this opportunity was going to open a whole new field for him.

Hamza recalls that during his time in university, there weren’t any notable means of intra-university transport. Moreover, as the campus spanned over an extensive area, the commute within university used to become way too hectic for the students. Realizing this problem, Hamza thought of coming up with a completely automated system for in-campus bike renting. Hamza pitched his idea to university superiors so that they would allow him to build this system.

In 2017, Hamza got the permission to operate but as it was a capital-intensive startup, he had to borrow initial funding from his grandfather. That initial funding helped him in purchasing the initial set of bicycles and building their dock stations. With only 10 bicycles, Hamza was soon able to start the operations of the company he branded as “Cykiq”.

Cykiq soon built a name of its own and people started using it in great numbers. Owing to its popularity, Hamza was able to get an agreement with “Sohrab”, the well-known bicycles company, which provided Cykiq with 150 custom made bicycles which can now be seen running on the same campus. Females make up more than 50% of total customer base and as much as 200-300 rides take place every day.

Hamza has also signed agreements to replicate Cykiq in other universities including Ghulam Ishaq Khan University, the Universiy of Peshawar and a few universities in Lahore and Karachi. The startup also won DICE 2016 and was once selected as a finalist GSEA.

Starting from universities, Hamza wants to scale the project across Pakistan. He believes that this system has the ability to work as a support system to the mass transit systems which are currently being introduced to end the on-road congestion and pollution-related problems.

Brought to you by

Founded in 2002, University of Central Punjab has emerged as a one of the leading destination for business and computer science related courses.

Their most recently incepted incubator, Tech2.0, aims to transform the educational experience of students by helping them gain practical experience in business, entrepreneurship, and technology field. The incubator houses several startups started by University of Central Punjab students. 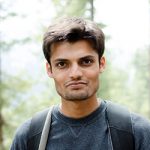