Wearable Technology was one of the most popular trends of 2015. We saw the Apple Watch, Android Watches, Multi-purpose Wristbands, Virtual Reality Head Gears. Needless to say that this trend isn’t dying anytime soon and three young students from Pakistan are successfully trying to make their way into this competitive market.

Abdullah Ahmed, Jazib Khan and Muhammad Asawal are Electrical Engineering students currently in their final year at NUST. They hit a goldmine when they came up with the idea of CricFlex. This happened around the time of the Saeed Ajmal controversy of 2014. Being students who constantly push their boundaries, they came up with the idea of a wearable device that would give real-time results about a bowlers arm movement and instantly tell whether it was a legal or an illegal bowling action.

So for them, CricFlex started as a semester project. By the time of their mid-defense, they hadn’t made any progress. They were having trouble with the design and their supervisor wasn’t happy with their work. Over the winter break of 2014, they worked endlessly and when the time came for the final demo, they had a working prototype and an android app to pair it with. They made everything from scratch: their original design was made with cardboard and an old charger fitting and they had to teach themselves how to make an Android app. They ended up getting 2nd place for their project that semester.

The road didn’t end there. They saw the potential in their idea and proceeded to write a research paper. Their paper titled “A Wearable Wireless Sensor for Real Time Validation of Bowling Action in Cricket”, got accepted for presentation at the IEEE 12th Annual Wearable and Implantable Body Sensor Networks Conference 2015, held in MIT. However, when the time came to leave, they couldn’t find any sponsors to fund their trip. It wasn’t until the morning of their departure that they found out that PTCL had agreed to sponsor them.

The trip to MIT was a great learning experience for all three of them. Since being back they have been able to develop a more refined prototype of their device and have entered several competitions as well. The won first prize in the Student Project category of the Telenor IoT Expo 2015 and the People’s Choice Award at the Pakistan Innovation Foundation Awards.

They are currently looking for sponsors to fund CricFlex so that the device can be brought out and made available for sale to the proper user-base. 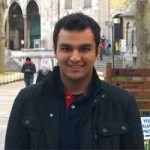