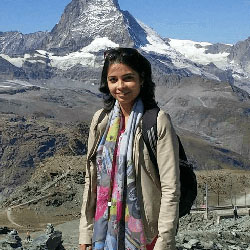 Azqa Nadeem has broken all negative stereotypes attached to a typical Pakistani women by international media. Azqa hails from Lahore and her father has been serving Pakistan Air Force. They were moving around from one city to another every two year which resulted Azqa getting schooled in almost every Fazia school in the country. While exploring text books of her elder sister, she developed a keen interest in Computer Science in sixth grade. Azqa recently graduated from NUST SEECS with a Bachelors in Computer Science, making history as the first person ever to score a perfect score of a 4.0 in SEECS.

Azqa is also one of the two Pakistanis out of the 40 interns that were selected from a pool of 1600 applicants applying for the prestigious internship program at CERN Openlab in Switzerland this year. It should be noted here that no Pakistani had made it to the program for the past two years. Azqa was required to work with the lab’s Computer Security team that was responsible for evaluating algorithms for second factor authentication. She discovered a major security loop hole in one of the algorithms and successfully developed a pilot project implementing the second algorithm that CERN will soon deploy as an additional second factor authentication mechanism in CERN Single Sign-On through which all CERN personnel log in to their system accounts. At the end of the internship, each intern was required to present their findings in a 5-minute lighting talk session to be judged by a panel of CERN IT experts and a global audience joining the session through live web cast. Here, Azqa won the title for the Best Lightning Talk 2015, making it Pakistan’s victory after becoming an associate member of CERN earlier this year. This achievement brought praise form her supervisor at CERN who personally emailed Dr. Hafeez Hoorani, Director National Center for Physics and Pakistan’s contact person at CERN and expressed his appreciation. Azqa was appreciated by NUST and the whole Pakistani community. Since then, she has been invited for a radio show at FM 101 with RJ Khurram Ellahi and and has given a talk in SEECS regarding opportunity hunting.

Before landing an internship at CERN, Azqa also scored a summer internship in 2014 at EPFL which is one of the best European universities. At EPFL she learned how international education system worked and gained a sense of independence especially in terms of technical aspect. She grasped how to initiate a research and experienced how to interact with global professionals. She has also won the allocade for NUST High Achiever by Rector NUST.

Currently, Azqa is working as an Application Engineer for a multi-national corporation. Her work revolves around image processing and digital signal processing. She plans to pursue a Masters degree and doctorate in philosophy after she has gained some industry experience. She wants to stay actively involved to help the talent of Pakistan and to introduce them to great opportunities. She believes, if academically high achieving students are brought to light, then it will play a major role in getting our youth motivated towards exploring academic opportunities. 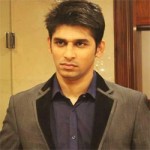 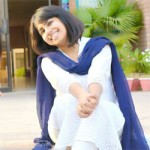