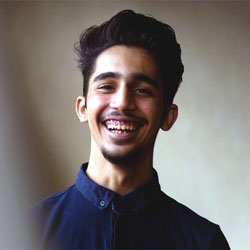 In recent years, Pakistan has been strongly emerging on the design landscape. A lot of local digital artists are making their mark not only in the country but also internationally. A major part of them are art school graduates, however some are those who started it as a passionate hobby and kept refining it. Hamza Tariq is one of those. At 16 years of age, his work has already garnered high acclaim.

Hamza is a designer and illustrator hailing from Karachi. He is the third sibling in the family so everything was already planned out for him. He studied in the same school and college as his elder brother and sister, and now he is currently enrolled in 11th grade.

Hamza started exploring design and illustration when he was just 12. He started off manipulating simple images and progressed to make more on his own. Working from home, he created HTS (Hamza Tariq Studio). In 2013, he started a Facebook page Quotart revolving around typographic inspirational pieces. Soon, he was hired by FPDC, FootballPakistan.com. In 2014, he also won the Google Doodle contest for Eid celebrations.

This year, Hamza co-founded Rubik’s Cube (rebranded to Goat Studio, Guild of Artists) as a digital media agency providing freelance opportunities to students only. He also had the honor to work as a designer for a brand Campus Consultancy being developed by people from MIT and Oxford University. He branded the venture from top to bottom. He was also outsourced with work from Jung von Matt, a highly acclaimed German advertising agency. His work on Behance has attracted praise from designers all over the world, even those belonging to Google, Apple Inc. and tons of wonderful feedback from all his clients. He also won the globally acclaimed Behance design award in November, telling the world that age is just a number.

Hamza believes his work is a representation of himself and the only language he knows how to communicate with. He is currently aiming to open a full-functioning design studio in Karachi. In the years to come, Hamza sees himself experimenting more with his work and stirring a design revolution in the country. 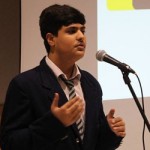 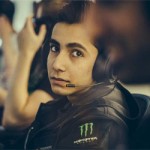