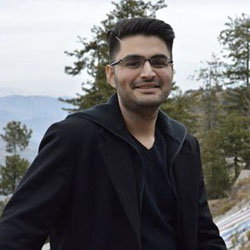 Headlines like “this guy earned $$$ while sitting at home” are so common on the internet these days that we automatically assume it to be a click-bait article, but Haris Zulfiqar really did earn Millions of Dollars, sitting at home.

Haris is a web developer and along with his partner Luke, he is also the co-founder of a company called “ThemeFusion”. In the year 2013, he hit the news for his theme, Avada, crossing the $1 Million mark on the theme marketplace Envato. Usually, that’s leagues higher than a normal freelancer can expect to earn, especially from just one theme, but back in December, his company crossed an even bigger milestone by being the first ever company on Envato to cash in $10 Million.

Haris was really into games as a kid with Counter Strike being his personal favorite. As luck would have it, the online discussion forum he used for gaming also had a design section, allowing you to design your own signature for the game. Haris was enthralled by this and while he was just a high school student, he started going through designing tutorials, learning the basics of web design through online course sites like Tuts+. Along the way, he got interested in web design and how easy it seemed through WordPress, he delved into web development and created a few websites just to show to his friends and teachers at school, also earning $100 in the process. Earning money, however little, was the what made him think of this as a potential career and he started to seriously learn web development and web design.

Soon, he joined a WordPress theme’s company but a few years later, he left to form his own account at Themeforest. At first, he faced a number of failures as his first theme got rejected nearly 10 times but he refused to be demotivated and kept getting better and better. Then came his big break as through Envato’s marketplace, he met Luke Beck, a web designer based in Florida, US. Together they formed ThemeFusion and released Avada and from there on, it’s gone straight uphill!

With over 180,000+ users, Avada is still the best selling theme on Envato and is “Swiss Army knife of WordPress Themes”, according to Collis Ta’eed, the CEO of the theme marketplace. However, what makes it one of the best WordPress themes is not that its well-designed, responsive and one of the best multi-purpose themes available for WordPress right now, but what makes it really worth the $10 Million moniker is the support and constant updates Haris’ company have kept providing. ThemeFusion has now grown to a group of nearly 20 or so people and although they have released just one theme, they continue to provide excellent support to their users, as evident by their 4.77 out of 5 average rating.

Haris Zulfiqar’s success story may seem like the stuff of dreams, but he is one of the thousands of other freelancers living in Pakistan right now and is the perfect example of the potential that lies in working online. 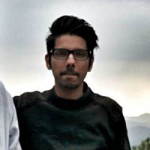 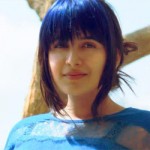