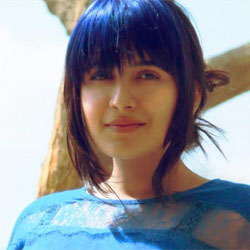 Komal Ashfaq grew up as the daughter of parents who loved comics. Instead of reading children’s books, her mother would read her comic books. Komal’s love for art and her childhood affiliation with comics reflects in her decorated portfolio.

Komal is the artist behind the very famous Facebook page called Komal’s Comics. She started this page on fluke back when she was still a university student. At the beginning she would just post random comics, but eventually when she started gaining an audience she made her work more thematic. The comic’s she shares are a sarcastic spin on the conditions in Pakistan. She takes issues like unemployment, political and economic turmoil and presents them in a more digestible manner.

But in 2015, Komal took on what she believes is the most important work of her life. She is working as a lead artist on a unique new app that could revolutionize the way our children learn. And Komal feels that she can make a real difference there. Sabaq is an animated take on the entire primary school syllabus, making it more engaging and interesting for children. The app will be targeted at poor children in underdeveloped areas, for no fee or very subsidized rates. Through her work here, Komal is hoping to promote acceptance in young minds by silently portraying our social taboos.

In the last quarter of 2015, Komal also launcher her own startup with a friend: an online clothing store. With this venture, called The Warning Label, they are hoping to cater the bright and colorful personalities of people with their culturally-blended designs. Since their recent sale in DHA, Karachi, the brand has seen a substantial rise in customers and along with that, The Warning Label aims to be a socially aware brand. For that reason, they recently launched their first video campaign on Child Abuse in Pakistan.

But her work doesn’t end there. In 2016, Komal is hoping to release her own comic strip – a superhero satire based in an alternate universe version of Pakistan. She has tirelessly scripted and sketched the whole series herself.

The response is slow but Komal isn’t let down. In her line of work, the most important thing is a strong narrative because it gets stuck in people’s heads. By drawing a contrast between the good and the bad, Komal hopes she can promote positivity, social awareness and acceptance. 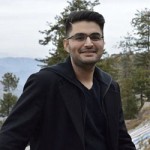 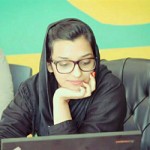