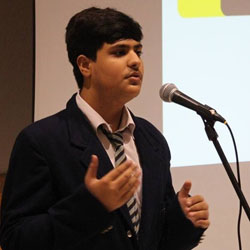 A 14-year-old kid with no accolades or certifications to prove his skill, and yet, Muhammad Shahzad is one of the best young minds of Pakistan.
From one of the many things he has accomplished, he is also an ethical hacker – a breed of hackers who detect vulnerabilities in softwares, making them much more secure and difficult for the other hackers to crack.

Muhammad Shahzad is a student of eigth-grade at Beaconhouse School System, but along with that, he is an ethical hacker and a security researcher and has detected several crucial vulnerabilities for Google, Yahoo and Apple. He is also in the process of publishing a book on Web Application Penetration testing.

At the age of 10, Muhammad got exposed to the field of hacking when his father’s email account got hacked, opening up a whole new world to him as he tried to regain control of the account. While he was looking for solutions, ethical hacking caught his eye. He started to spend time detecting vulnerabilities in different softwares and despite taking no course or lectures, he taught himself to be a security researcher!

In the start, Muhammad had to face a lot of problems like the stigma surrounding the word “hacking” as most people end up mixing it with the normal kind of hackers: the privacy-invaders. Another issue he faced, like many other young prodigies, was being ignored and not being taken seriously about his work as an ethical hacker. Nevertheless, due to the incredible support he has received from his family and friends, he has plundered on and currently, Muhammad Shahzad is working as an intern at Plan9 and a Web Designer and Penetration Tester at DezignBurg. He has also submitted an application for Plan9’s Launchpad Incubator for his own startup idea.

On the freelancing side, Muhammad Shahzad provides his services for Vulnerability Assessment, Penetration Testing and Server Hardening and has attended sessions as a Guest Speaker at UET and NUST. With a portfolio like his, it’s safe to say that Muhammad Shahzad can dream big and for his future – he is targeting MIT’s Master’s degree for Information Security. 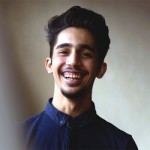