If you have recently traveled in Lahore you might have come across a red-nosed rickshaw somewhere. This is neither a marketing gimmick for coke nor the rickshaws are down with flu. These distinctive rickshaws are associated with the recently launched service Travly Tuk Tuk.

The five friends might be over the moon for their recent successful pivot and attention from local and international media, but they have struggled for their startup with patience and persistence.

Travly came into being as a result of a fight between Shahmir and his friends. Shahmir used to carpool with his friends to university but as a result of the fight, he had to find another means of traveling. Bus was a cheap alternative, but to his dismay, there was no information about bus routes, time and ticket price. It was when he made his mind to solve this problem himself.

Ever since, the five of them have been working on Travly. Initially, it started off as an app to find the easiest and optimal bus routes in city but earlier this year, they have pivoted and included rickshaws, a popular means to travel in Pakistan, on their platform.

Now, users can book a rickshaw through an application whenever and wherever they want. Travly is getting over a 100 queries a day with 40 rides successfully booked. There are 500 rickshaws associated with this service in Lahore and 100 rickshaws in Karachi. There is also a social entrepreneurship factor involved in this service as rickshaw drivers who were earning USD100 to USD150 a month can now earn more because they won’t have to sit and wait for commuters to reach them. Whenever they are free, they can use Travly to get more rides, thereby, increasing efficiency, and pulling in more revenue.

Shahmir thinks of Travly as a platform and hence, in the next year, they not only plan to launch this service in Islamabad, Faisalabad and other cities but will also be working to introduce Travly Cabs and Travly Cargo. 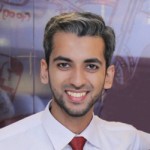