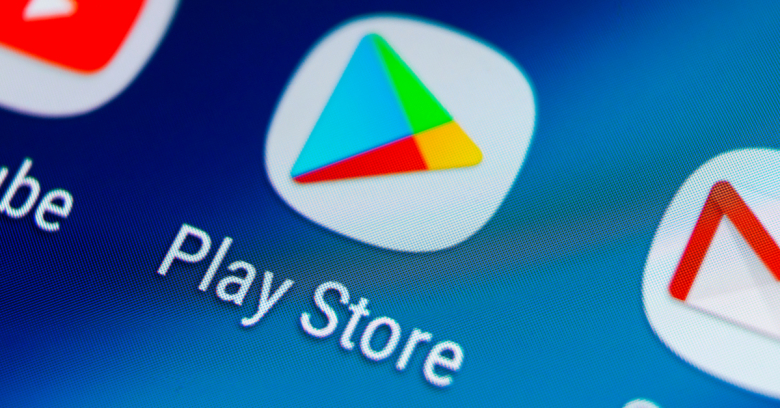 The ongoing global pandemic of the Novel Coronavirus has forced many changes in the lives of almost everyone in the world. People have had to socially distance themselves from others, wear masks while going outside, work and study from home, and stay indoors for the most part of their days; the last of these changes has brought the general public closer to their phones and other electronic devices.

According to App Annie, mobile phone usage has gone up by a whopping 25 percent for Q3 of 2020 when compared to the same quarter of last year.

People spending their days on their smart devices has also led them to discover and download new applications. The Google Play Store, in turn, has seen a sizeable increase in the number of app downloads in the third quarter of this year.

According to reports, the Play Store has seen over 28 billion app downloads in Q3 2020. 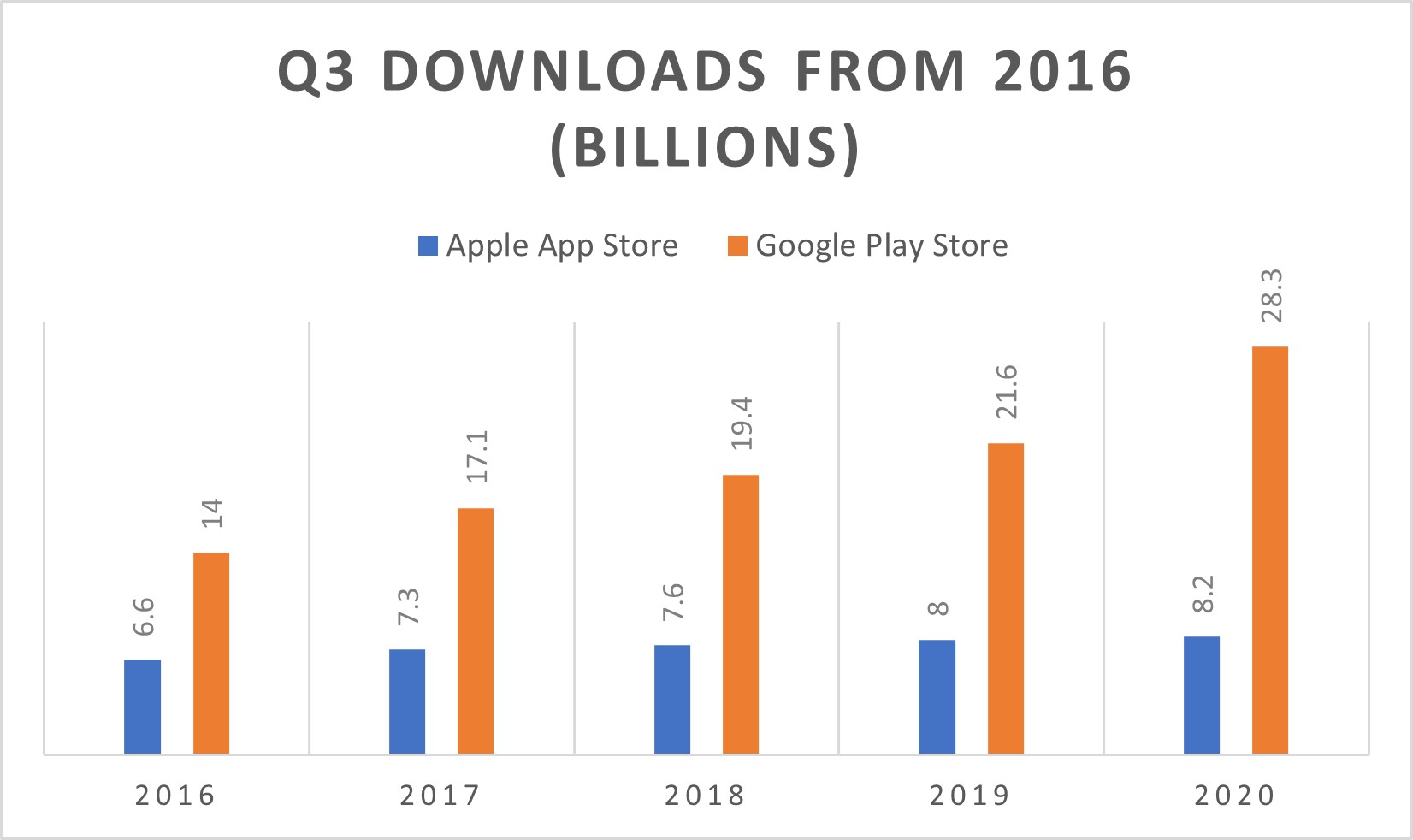 The chart above shows the downloads for the two application stores for the third quarter over the last five years. The graph clearly shows that Google’s Play Store has been increasing in its downloads by a much higher rate than Apple’s App Store. For the third quarter of this year, the Play Store has now surpassed the App Store in number of downloads by a factor of more than 3.4; this means that it has more than triple the number of downloads that the App Store!

As we dive deeper into the statistics, the most popular categories for Google’s Play Store have been, by a considerable margin, Gaming applications; 13.49 percent of the apps found on the store are games. Most popular categories after games have been Education (9.11 pc), Business (6.95 pc), Tools (5.88 pc), Entertainment (5.82 pc), and Lifestyle (5.62 pc), respectively.

These statistics could be because of several reasons, the most plausible of which is simply that more people have android-powered phones. It could also be because the Play Store has more applications (2.7 million) compared to the App Store (1.82 million).