High Court allows suspension of cellular services in the country

The decision is taken a few weeks after the Islamabad High Court’s announcement that Government doesn’t have the authority to suspend cellular services in the name of security from time to time.

The decision of the High Court previously noted that the Federal Government and Pakistan Telecommunication Authority are not vested with power and jurisdiction to suspend or cause the suspension of mobile cellular services or operations on the ground of national security except as provided under section 54(3) of the Pakistan Telecommunication (Re-organization) Act, 1996.

The court has now revisited its statement and takes the stance that this section “can be invoked if there is a proclamation of emergency by the President of Pakistan”.

The suspension of mobile services is a cause of distress for the customers, especially in a time of a civil unrest. It is a time when they need the services the most to reach out to their loved ones. 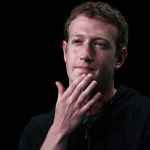