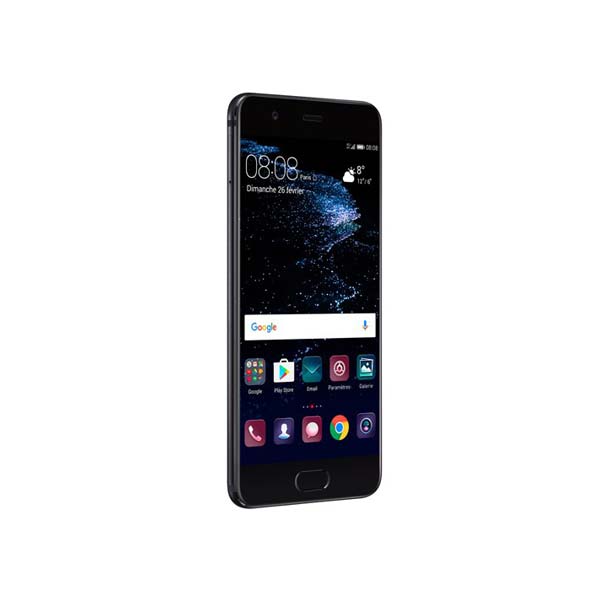 Huawei has quickly made its name as a budget company. Providing good specifications in low prices is their forte and people usually associate Huawei with products lying below PKR 30,000 price line and most of these devices are essentially feature rich for their price bracket. Things, however, have started to change over the past few years. With devices like Honor 8 and P9, Huawei has tried dabbling their feet in the high-end devices too. While they haven’t been as successful as Huawei’s cheaper offerings, critical acclaim has generally followed suit. With Huawei P10, Huawei hopes to continue this high-end take with some interesting camera features. Let’s have an in-depth look to see how this smartphone performs as compared to other high-end offerings.

Huawei P10 has a metal back with a visor on the top which is quite similar to Nexus 6P. Unlike Nexus 6P, however, the camera is flush in the back and isn’t raised above the body. The back seems sleek and clean looking with a dimly engraved Huawei logo at the bottom and a LEICA logo at the top of the camera visor. The device feels very well built and solid in hand. It may feel bland and dull at first but as soon as you start using it, you will appreciate the good balance it gives you in the hand along with the smooth corners.

Huawei P10 with a very solid Kirin 960 chipset and Mali-G71 MP8. Coupled with 4GB of RAM, it flies through every task thrown at it. Now it is a fact that some P10 devices are slower than others due to unavailability of parts. So if you want to buy one for yourself, make sure that you are getting the correct version for your cash.

The high-end chipset has a disadvantage though. Despite having a 1080p screen and 3200 mAh Li-Ion battery, you will probably struggle to get a good day of use from this device before it running out of juice. The screen on time is also pretty average with it residing south of 5 hours most of the time. A high-end smartphone should last much longer in this day and age. The only good thing about battery life is that the “Super Charger” that Huawei provides with this device is pretty quick to refill. A charge of about 10-15 minutes can give you 4-5 hours of usage on the device.

Let’s now come to the main attraction of this device — the dual lens LEICA camera. LEICA, if you don’t know, is a well-known professional and sports camera manufacturer. It is the first time that a LEICA lens has been used in any smartphone device. As expected, the results are pretty impressive. With the dual camera setup providing a cool “bokeh” effect, and with good color production and sharpness of LEICA lens, this phone takes some pretty good pictures. The camera app by Huawei also offers some impressive shooting modes and options to help users take better pictures in low light conditions.

The front camera is also nothing short of being impressive. The 8MP f/1.9 aperture camera works pretty well in every light condition and captures some nice looking selfies. Some clever camera tweaks by Huawei also help in taking group selfies as the camera automatically zooms in and out to get the most number of people inside the frame. Overall the camera gets a big thumbs up from my side.

9.5
Post a ReviewPlease not that each user review reflects the opinion of it's respectful author.