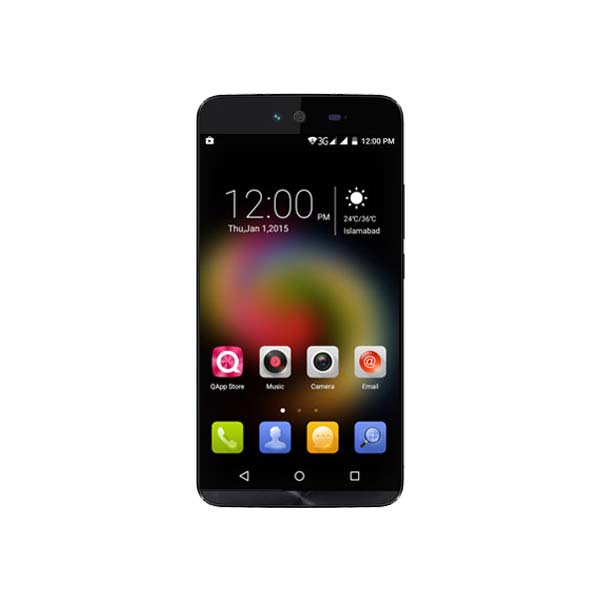 QMobile Noir S2 is a Quad-core 1.3GHz phone. Noir S2 is one of the amazing phones from QMobile, which is the biggest Pakistani smartphone manufacturer and is very popular. It has an affordable price of Rs. 9,499. The phone was released in November, 2015. It has an 8MP/5MP camera. The Qmobile phone comes with an IPS LCD Capacitive screen. It also has an internal storage of 8 GB with a card slot. The phone has 1 GB RAM.

QMobile Noir S2 is a bar type phone, with a 5.0 inches screen that has 68.1% screen-to-body ratio. It is available in Black color only. The phone has 720 x 1280 pixels resolution. Noir S2 has primary and secondary cameras. It is a good looking phone with 142.5 x 71 x 9.3 mm dimensions. It is quite light in the weight. The phone isn’t really slim but it still has a great design.

The phone has 16M display colors. It has an LED flash at the back.

QMobile Noir S2 is a dual SIM phone, and accommodates a Micro SIM. It has an accelerometer, compass, and proximity sensor. The phone has a Mediatek MT6580 chip.

The phone has an 8MP primary camera, with good image quality, and a 5MP secondary camera. The phone has a feature of autofocus as well as geotagging, touch focus, face and smile detection, HDR, and Panorama. It records videos with 1080p@30fps.

QMobile Noir S2 has a removable Lithium-Ion battery. The battery has a capacity of 2,000 mAh. The battery makes the phone a good choice for everyday use. The phone has standby up to 336 hours with 2G and 3G, and up to 23 hours talk time.

QMobile Noir S2 has a pretty average speed. It has a 1GB RAM, and runs an Android 5.1 (Lollipop). The phone has great battery timings, better quality of images, and works fine for multitasking.

Sorry, reviews are closed for this product.