In recent news, a rising FinTech startup called TAG Innovation Pvt. Limited has just raised around $12 million in Pakistan’s largest seed funding round. Hence this overall pushes TAG’s financing to over $17.5 million and raises the company’s valuation to about $100 million.

Through the funding, the company is now valued at nearly $100 million which compares with an average of $386 million for Pakistan’s 21 listed lenders according to Bloomberg.

TAG is Pakistan’s first digital retail bank which allows customers to open a bank and access baking services online. According to the founder and CEO of TAG, Talal Gondal:
“We eventually want to offer the complete set of banking and financial services to users in Pakistan. We are trying to become both Revolut and Paytm in Pakistan”

Before their recent accomplishment, the startup has even raised $5.5 million in its pre-seed financing round in May which was led by venture capitalists Quiet Captial and Liberty City Ventures.

According to Murtaza Akbar, Managing Partner at Liberty City Ventures:
“Liberty City Ventures is proud to support a visionary leader like Talal in his efforts to expand financial inclusion for the underserved and underbanked. We expect the world-class team he has assembled at TAG to build a regional Fintech powerhouse.” 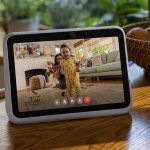