In recent news, Prime Minister Imran Khan visited Karachi to oversee the groundwork for the Karachi Circular Railway. The Prime Minister was accompanied by Sheikh Rasheed where he engaged in chair meetings at the Governor House.

Within the meeting, the Prime Minister was briefed regarding the ongoing development projects in the city and the province’s political affairs.

Moreover, the National Economic Council’s Executive Committee had addressed the construction of infrastructure for the elimination of level crossing on the railway’s loop segment.

According to the respective proposal, the construction of flyovers and underpasses along the KCR route will be taking place in order to eliminate 22-level crossings. All in all, the project will cost around Rs. 20.71 billion where the KCR will also include the building of a 43-kilometer long cost efficient mass transit system that will employ electric trains that will ensure a friendly environment. 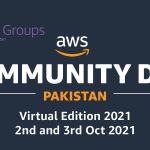