Vivo Set To Launch A Foldable Phone This Year

With Samsung leading in the foldable phone technology along with Xiaomi and Google entering the race, Vivo has decided to partake in the same race as the company aims to launch a foldable smartphone this year.

The phone rumored to be named as the ‘Vivo Nex Fold’ was leaked by notable tipster ‘Ice Universe’ in a recent tweet who mentioned that there would be no Vivo Nex 5 this year and instead a foldable phone would come out.

Will become the largest in-folding foldable in terms of panel size. We expect it in January.

Moreover, the CEO of Display Supply Chain Consultants, Ross Young replied to Ice Universe stating that the Nex Fold will be the largest in-folding device in terms of display which means it will be larger than the Mi Mix Fold and the Huawei Mate X2 which both have large displays.

The Nex Fold is rumored to be unveiled in December and would then be available in the market in January 2022. 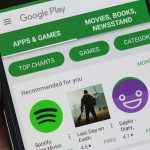