In a move that further irked privacy advocates, WhatsApp announced to go ahead with the highly controversial privacy policy update on Thursday. However, as per the official WhatsApp blog, the app will “display a banner in WhatsApp providing more information that people can read at their own pace.” WhatsApp has also added further information as part of its FAQs to address user concerns.

The world’s most used messaging platform had announced in January that it was in the process of developing a new privacy policy as per which it would share data with Facebook and its subsidiaries. The announcement had triggered global outrage and boosted the user base of its toughest rivals – Telegram and Signal. Both apps have since gone on to achieve unprecedented success in terms of user-base and popularity.

WhatsApp acknowledged the phenomenon of users leaving by further adding, “During this time, we understand some people may check out other apps to see what they have to offer.” The WhatsApp move comes in the wake of its parent company – Facebook blocking all news content on its platform for Australian users on Thursday. 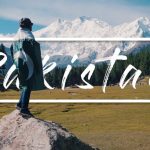