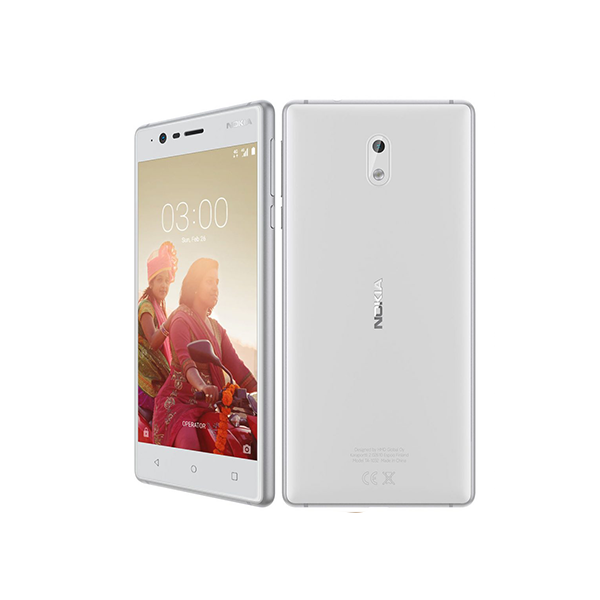 Nokia is back in the smartphone market with some amazing phones. Nokia 3 is one of them. Nokia 3 is the most affordable smartphone by Nokia (Yeah, Nokia 3310 is not a smartphone). It is a beautiful looking phone at an affordable price tag. Nokia has not released a flagship device yet. It may be waiting to see how well do its phones perform in a budget range category.

Nokia has paid a lot of attention to the design of this phone. The phone looks amazingly good for a budget phone. When you hold the phone in your hand, you cannot tell that it is a cheap phone. The back cover of the phone is plastic but it still looks good. The Nokia 3 carries the legacy of its Windows Phone design and you can easily tell that by just looking at the phone. The phone has rounded sides which make it feel even thinner than it already is. However, there are some drawbacks in the design as well. The phone does not have a notification light and the capacitive touch buttons at the bottom of the screen also lack a backlight. Which makes the phone harder to use in the dark. Moreover, there is no fingerprint scanner on this device and it feels unusual to have a phone without a fingerprint scanner in 2017.

The Nokia 3 comes with an 8 MP, f/2.0 camera which is not a great camera. The phone takes good photos in the bright day light but it struggles in the low light conditions. The front camera is also 8 MP, f/2.0 and it also struggles to capture a good photo. Another major drawback is that this phone can only record and play 720p videos.

If you want a better camera phone in this price range, you can go for Infinix S2 or the Xiaomi Redmi 4X.

Honestly, the Nokia 3 sucks in the performance department as well. It comes with a MediaTek MT6737 chipset with Quad-core 1.4 GHz Cortex-A53 CPU and Mali-T720MP1 GPU. It comes with just 2GB of RAM. The phone lags even on basic tasks. Like it starts to hang during the Facebook browsing. And the phone literally hangs when you open more than 4 or 5 apps at once.

The overall rating is based on 5 reviews by users.

8.7
Post a ReviewPlease not that each user review reflects the opinion of it's respectful author.