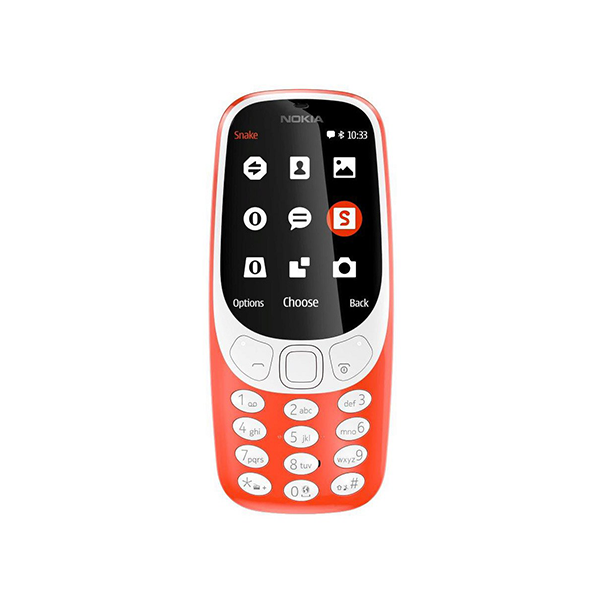 Yes, the beast of the past is back. If you are not aware of the Nokia 3310, you must be living under a rock during the past 2 decades. Nokia has relaunched the legendary Nokia 3310 2017 with more colors and some smart features. This phone is literally for every phone lover. Especially if you are a phone user since the early 2000s, you must own this legendary phone as a secondary handset for no specific reason. There are some more Nokia phones present in this price range like the Nokia 225, But Nokia 3310 2017 is a must have phone.
Nokia has made its comeback with some more phone powered by Android including the Nokia 6 and Nokia 8.

Nokia 3310 2017 is a pretty looking phone without a doubt. It comes in attractive colors. The phone is very small in size and weighs very light which make it very easy to use and carry around. The front of the phone borrowed some design from the original Nokia 3310 and there is a white border around the screen.
There is a new Micro USB port on the top which is used to charge the phone and transfer data. The back has a new 3.5mm headphone jack. The back cover is removable and there are 2 Micro SIM card and 1 Micro SD card slots under it. The display is 2.4 inch which is pretty big compared to the original one.

Nokia 3310 2017 has a 2 MP camera on the back with a LED flash. The small camera is able to capture a good amount of light and color. The images aren’t going to be sharp but they look pretty nice on the small, 2.4-inch screen. As for the low light performance, the flash does not help much and images look pretty scary in low light.
The camera is just OK and all of this is for the obvious reasons. But this phone is not made to produce an excellent camera. It is made to bring the old memories back with new colors.

The Nokia 3310 2017 is only 2G capable which makes it useless in some regions of the world where service providers have discontinued 2G services. There is an Opera Mini browser pre-installed which can be used to browse the web on slow, 2G network. But Opera Mini does just fine even on slow connections.
You can also install the popular apps like Facebook and Twitter through the pre-installed store. The phone has a 1,200 mAh battery which lasts for multiple days on a single charge. All of the apps perform super fast. This phone comes with the classic old Snake game pre-installed.