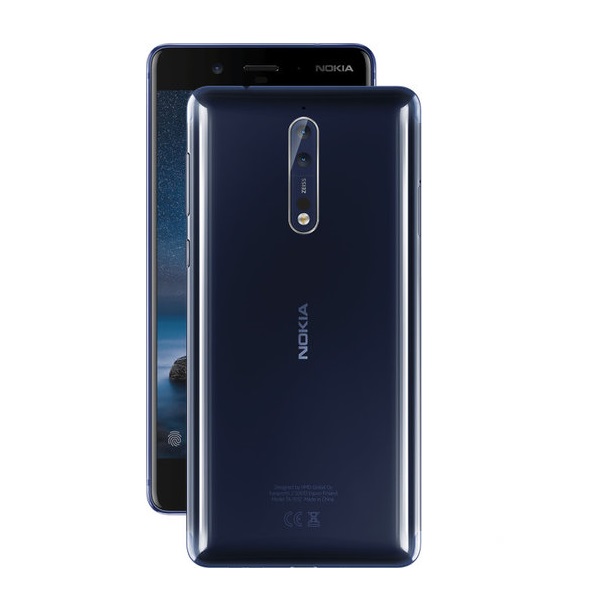 Note: The image is not real as the phone is not announced yet.

Nokia 9 is a super premium device. It feels excellent in hands. However, the Nokia 8 copper color is a bit weird. It looks very strange and we have no idea why Nokia adapted this color. The phone also comes in black, Mat blue and steel colors. The steel color is again, very different from the traditional phones. The phone is said to come with a 5.5 inches display which might be a smaller screen for most of the users as the Galaxy S8 comes with 5.8 inches display and it is the standard now. But the screen size will be comfortable for some users as it is easy to hold and use. However, the screen is much sharper with its quad HD resolution and it is really bright.

Nokia 9 is expected to come with a Dual 13 MP (13 MP (Colour + OIS) + 13 MP (Mono)) camera. The camera has the Carl Zeiss optics and produces amazing photos in any light conditions. The Nokia 8 camera has a unique “Dual-Sight” mode. It lets you use both the front and back camera at a time to capture split-screen photos and video. Isn’t it amazing? I think it is the first phone to come with such a feature. Moreover, this phone features the Nokia OZO spatial 360° audio which, the company claims, is the tech used by Hollywood filmmakers and music producers.

As the Nokia 9 is the flagship device, it comes with the latest Snapdragon 835 chipset with Octa-core (4×2.45 GHz Kryo & 4×1.9 GHz Kryo) CPU to give it all the power. The device comes with 4 GB and 6 GB of RAM with 64 or 128 GB of internal storage. The phone does not lag even on heavy multitasking and it gives you the absolute best performance in all the games available on Google Play Store.

The battery is 3090mAh which might be a little less considering that it is a flagship phone but we’ll have to see how Nokia manages the software and how many hours does a single charge of battery give.