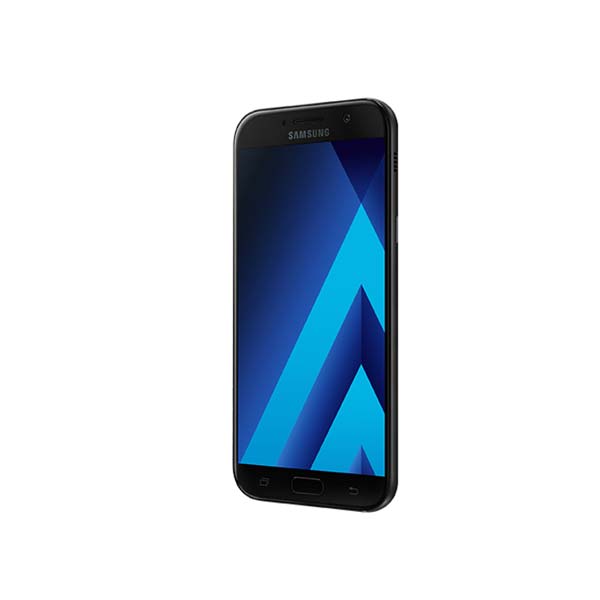 Samsung has a habit, or maybe a problem, of releasing the same model of smartphone again and again, with little to no modifications to the specs and features. It keeps the customers relatively happy and Samsung is also overjoyed with the lack of effort they have to put in to come up with cool new smartphone names or designs. This pattern is probably a little less true for new 2017 A series of phones by Samsung. Along with A3, and A5, Samsung Galaxy A7 (2017) provides a couple of new features which help it distinguish itself from older generations.

Samsung Galaxy A7 follows the same design principles as Samsung’s higher end S series devices. With glass on both sides and a slight curve on the sides at back, it has an extremely attractive and premium look. But all of this comes at a cost — durability. The probability of getting a scratch on its glass back is higher than most other phones. The curved glass back and front makes it much more vulnerable to crashes and bumps too.

The 16 MP primary camera is exceptionally good. But Samsung, for unknown reasons, decided to refrain from using any form of hardware of software stabilization technology. So, what’s the end result? Great looking photos most of the time, with occasional blurry photos due to slight movement of the hand.

The front camera is of the same resolution and offers a pretty good experience overall. It does suffer from occasional blurry pictures but that can be expected from any fixed focus front camera.

Samsung has fitted A7 2017 with Exynos 7880. In terms of raw performance, it is a little bit more powerful than a Snapdragon 630 processor. So, although it’s not really a powerhouse, it does get the job done. With Samsung’s excellent process and RAM management, things always remain buttery smooth. Games do load a bit slower, and graphic intensive games might take a hit in the fps department a bit, but mostly it performs adequately for normal usage.

7.7
Post a ReviewPlease not that each user review reflects the opinion of it's respectful author.