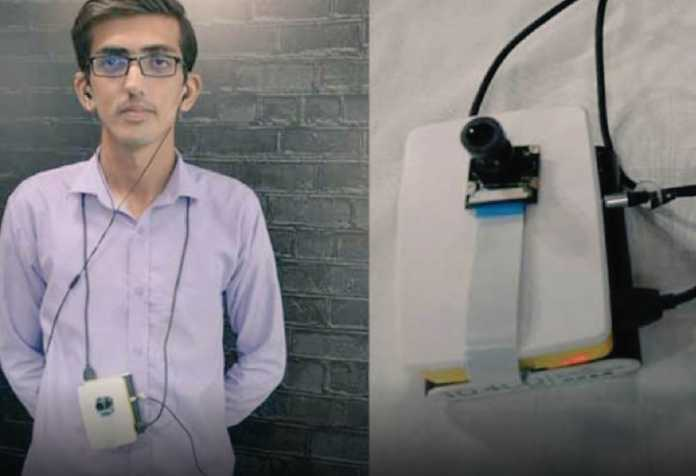 Muhammad Hamza Khan is an alumnus of Bahria university Karachi who did engineering in electronics and made a device for visually impaired people as his Final Year Project called “In Vision Eye” device. It helps blind people to identify any obstacles in front of them while walking through an audio message in their earpieces, thus saving them from bumping into things or being dependent on other people.

The way this device works is, that it has a camera and CPU in a small box-shaped component that you can hang around your neck. The camera detects everything that is in the way of a blind person walking and if there is an obstacle right in front of the person, the AI program of the device will run its algorithms to detect what the object is and tell it to the blind person via the earpieces.

In an interview with Dialogue Pakistan, Hamza told that he got the motivation for making this device from watching an elderly blind person walking in and out of the masjid with the help of his son who could not walk on his own. That is when he decided to get that and many other blind Pakistanis out of this misery and make a device that can help them walk on their own.

Hamza also mentioned some attributes of the device saying that this is a light-weighted device and blind people will never have a hard time wearing it. The device has a rechargeable battery that can give a backup time of 8-10 hours and then you would need to charge it for a couple of hours. Hamza said that he had installed 180 AI models and each one of those models has tons of algorithms that can detect the name of the object. He chose the models that are most commonly found on Pakistani roads and houses and it took Hamza six months to complete the project.

“According to research, I got a rough figure that 2.5% of people of Pakistan are blind. And most of the blind people of Pakistan belong to middle-class and poor families. That is why I wanted to make this device cost-effective, the “In Vision Eye” cost me to make for about 50-60k rupees. As I had to import all of the parts of the device from other countries so the price depends on the dollar rate. As the dollar rate has been increasing the price of devices can never be constant. However, I will try to control the price between 60-70K rupees.” Hamza said explaining the economics of the device.

Hamza said that there are a lot of improvements to be made to the device. First, he has to decrease the size and magnitude of the device, and second, he has to add the navigation option to the device. And lastly, he wants to add IoT based camera. All these things can take much more effort and time but this guy is as determined as one can be.

Hamza urged the youth of Pakistan who is involved in the engineering field with a message which was;

“Try to choose a final year project that is innovative and unique because we are far behind other countries in terms of research and development. No doubt you would have to face a lot of challenges and I too could have chosen a project that was easy and could be completed within a few weeks, but I wanted to get the best innovative thing I can produce while getting out of university and I would recommend everyone to do the same.”

How This 30-Year-Old Pakistani Landed a Job at Amazon 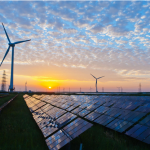