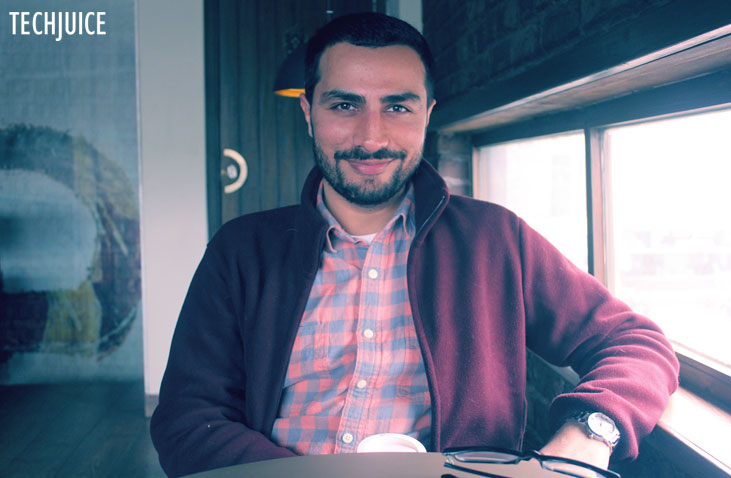 Stories beyond the border is a TechJuice’s exclusive feature in which we will be interviewing, conversing or getting insights from some of the exceptional Pakistanis from abroad, who are making us proud through their work.

Muneeb Ali is the co-founder and CTO of Onename, a startup that got incubated at Y Combinator, and was able to raise $1.5 million USD after graduating from YC. Muneeb and his co-founder, Ryan Shea, met at Princeton University where they were studying in the Computer Science department (Muneeb is a final-year PhD candidate at Princeton).

Y Combinator has an acceptance rate of < 3% on average (exact rate is different for each batch), and is considered the world’s no.1 tech incubator that has produced companies like AirBnB, Dropbox, and Stripe amongst others. People globally want to enroll in YC and the bar to acceptance is very high. Muneeb and his co-founder came up with the idea of Onename in 2013 when they were frustrated with the way companies like Facebook and LinkedIn have complete control over users’ data. App developers and innovators are dependent on a few companies like Facebook that act as monopolies. They believe that every user should be able to own their own identity online and own their own data. They’ve been laser focused on this project since late 2013 and launched their initial product in March 2014. Their focus and hard work is part of the reason for their selection at Y Combinator.

Onename’s mission is to be your “digital passport” online: a much more secure protocol for transmission/use of data over the Internet and to remove dependency on any trusted third parties. Since the protocol is built on top of a complete decentralized network – Bitcoin, it gives cryptographic guarantees that Onename is not going to get hold of any personal data, unlike Facebook, Twitter or other 3rd party platforms. This ensures maximum security. This protocol can have a wide range of applications in the digital world and Muneeb’s team is exploring them one at a time.

Muneeb has been keeping an eye on national startup culture, since he has been part of the most prestigious acceleration program of the world — Y Combinator, Techjuice decided to reach out to him to gather his forecast on future of the tech entrepreneurship space of the country.

My first question to Muneeb was about his business model; to my amazement Muneeb’s product doesn’t have an explicit business model yet and he is not really fretting about it. On the contrary here in Pakistan; majority of startup competitions and incubation programs make “business model” a mandatory requirement for grasping attention and scoring brownie points from judges which ultimately results into incubation/acceleration/winning the competition.

“Startup Incubators/accelerators here have a different job”, says Muneeb. Our ecosystem has different needs. In the United States, there is relatively less need to educate people about entrepreneurship or push them to start their own ventures. Where as in Pakistan, in addition to helping startups in taking off, the incubators are also educating them and creating a community around entrepreneurship. So, incubators here have more responsibility because they are the flag bearers and promoter of entrepreneurship. These Incubators have to reach out to masses through online and offline platforms, host programs all over the country to seek attention and encourage people to start their own ventures.

When we asked Muneeb if he agrees that he has a benefit over local entrepreneurs because he was at a better entrepreneurial environment and everything was easily accessible; he agreed but added that local entrepreneur shouldn’t think like that. He explained

“Thinking that since you’re in Pakistan you are at disadvantage is a wrong perception. The world is increasingly becoming flat and everybody is connected to each other. Pakistan is a nation of hardworking persistent people, there is high demand for engineers in Silicon Valley but here in Pakistan the talent (supply) is in excess. You will get very good hackers and engineers all over the country. Also, in Pakistan the resources are less expensive, thereby making surviving for a couple of years easy as compared to Silicon Valley or any tech hub in the West.”

Muneeb believes that Pakistan has a huge potential, the startup incubators are doing tremendous work but there is a need to promote the “hacker/builder culture”. The focus needs to shift from funding to building world class products and highly exceptional engineers. Investment isn’t a signal of startup success. Growth is. Investment puts a lot of pressure on the founders because it’s someone else’s money and the founders would never want to risk the investment and not have anything to show for it.

Muneeb was very selective about picking his investors. The investors on board are some of the best in the world and bring specific skillsets to the table. His startup was fortunate enough to raise investment from some of the top investors of the world, in fact he had to say no to a lot of people. Interestingly, his startup doesn’t even have an investment pitch deck.

Real entrepreneurs, in Pakistan and SV both, start a venture for innovative problem solving, and the whole process of starting something from scratch and making it usable for everyone makes them happy. They are not in it just for the money.

Muneeb added; based upon his observations of two different entrepreneur cultures that founders of successful startups in the US strive for building a quality service or product first. They stay focused on organic growth e.g., via Hacker News or Reddit and don’t necessarily fret about business models before reaching product/market fit. It seems that in Pakistan currently there is a lot of focus on raising investments, getting featured at news outlets and making a great deal of hype. Funding, PR etc are good things to focus on but focusing on building great products and reaching product/market fit should come first.

Upon my question to Muneeb

“What, according to you, can be the next billion dollar startup in Pakistan with focus on local market?”

Muneeb expressed that startups with share economy model for instance Taskrabbit, Uber can be the next big thing in Pakistan. 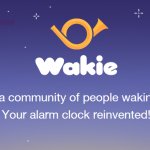 Wakie Will Change the Way You Get Out of Bed