Apple might launch AirPods 3 with noise cancellation later this year

Like the existing AirPods, the new model will be manufactured by Inventec and Luxshare Precision. Digitimes believes that noise cancellation will be the highlight feature of the new AirPods. Apart from that, there were no claims about improvement in sound quality, battery life or comfort.

Mark Gurman from Bloomberg previously reported that the next version of AirPods would have noise cancellation, water resistance, and some health-related features. However, he did think that Apple might have delayed the refresh until 2020. Other reports suggest that Apple might finally offer the AirPods in black color.

Back in March, Apple introduced the second generation of AirPods. It introduced wireless charging and a new H1 chipset that improved battery life for talk time. However, to say that the update was modest at best wouldn’t be an exaggeration. So to say that Apple might release a pro model of the existing AirPods doesn’t look far fetched.

But there are some problems with the report though. Firstly, to pack noise-canceling hardware in such a small package is extremely challenging and considering the latest cancellation of the AirPower charger, Apple might refrain from overpromising.

The second problem is the price. The AirPods with a wireless charging case retail for $200, which already quite expensive when compared with its competitors like Samsung Gear Buds. The price premium of the Pro model could make it a difficult buy. 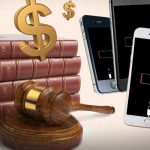