According to the Pakistan Telecommunication Authority, popular live stream app Bigo has been banned earlier this week. PTA has also issued a final warning to TikTok a very popular short video social media app regarding the immoral content posted on its platform.

As per the details, a miscellaneous application was filed in the Lahore High court last week which demanded an immediate ban of the social media giant. The petitioner referred to the app as ‘great mischief’. The app was also alleged to have spread adult content for the sake of fame and ratings on the online platform.

On Monday night Pakistan Telecommunication authority released a statement according to which multiple complaints were reviewed from different regions of the country regarding obscene, immoral, and ill-mannered content present at the popular interactive apps such as Bigo and TikTok.

The statement read: “PTA has issued necessary notices to the aforementioned social media companies under the law to moderate the socialization and content within legal and moral limits, in accordance with the laws of the country.”

PTA has also tried communicating with the companies but according to telecom authority their response was ‘unsatisfactory’.

The statement further read: “Therefore in the exercise of its power under PECA, the PTA has decided to immediately block Bigo and issue a final warning to TikTok to put in place a comprehensive mechanism to control obscenity, vulgarity, and immorality though this social media application.”

Earlier this month PTA also banned a popular online gaming app known as PUBG for trolling the player’s mental health. As PTA hadn’t cited any legal base for banning the game, the decision received massive opposition and criticism. So, the game was unblocked after a few days. 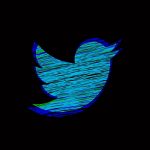 Coinbase stopped transaction of over $200,000 during the twitter hack