The National Assembly today approved perhaps one of the most controversial document in Pakistan’s history – the Cyber Crime Bill. The bill, however, is still subject to approval from the Senate before it becomes a part of the law.

Ever since the bill surfaced early last year it has been the subject of much criticism from Internet advocacy groups who target it for violating freedom of speech, civil liberties and the right to privacy. It was submitted to the National Assembly for voting in January 2015 by the Ministry of IT. After much brouhaha from the IT industry, the bill was referred to the NA Standing Committee on Information Technology and Telecommunication who forcefully cleared the draft before forwarding it to the NA for final approval without showing the members the copy of the bill.

The formation of the Bill is also subject to a lot of questioning from the public. According to insiders, while the Bill was being put together, a government-led sub-committee was asked to analyze the bill that was drafted by individuals from the IT industry. Members of that committee now claim that they were excluded from the process and the Bill we see now is very loosely based on the initially drafted piece.

If you haven’t yet read the bill yet, we suggest you do so. The bill focuses on pressing issues like unauthorized access to data, cyber terrorism, electronic forgery and fraud, stalking and spamming. While doing so, the bill is also taking away the freedom of privacy that is that every citizen of this country is entitled to. The bill criminalizes sending text messages without the receiver’s consent or criticizing the government on social media with fines and long-term imprisonment as proposed punishments.

Experts in the IT industry believe that people nowadays are connected via the power of the Internet and a controlling Cyber Bill could mean that they could stop using it altogether. The bill also puts journalists in a very big dilemma wherein they would not be able to voice their true opinions.

Since the announcement that the National Assembly passed the Cyber Crime Bill, Twitter has rekindled its utter hatred for the Bill.

More than 46 of my 52 amendments in CyberCrime Bill were accepted by government in toto. Those they did not,they rejectd with their majority

What is your opinion on the newly approved Cyber Crime Bill? 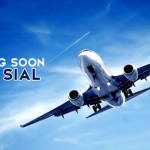 Sialkot is launching its own private airline company