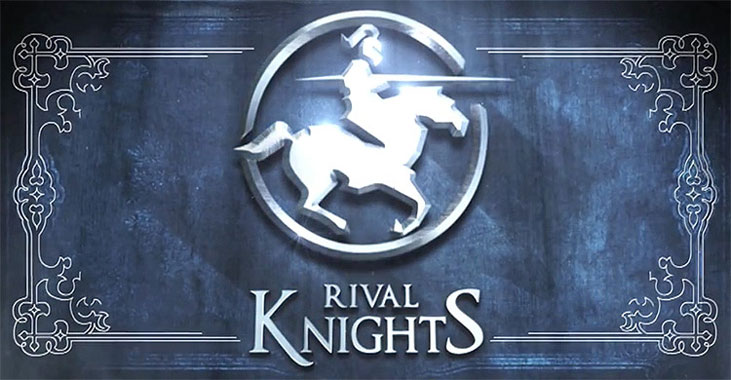 Jousting is a medieval sport that still lives on in some parts of the world. Though most of us may have been introduced to this epic battle of strength and steel via TV shows or movies like Game of Thrones and A Knight’s Tale, now everyone has a chance to become Ser Loras Tyrell or Sir William Thatcher in Gameloft’s Rival Knights.

Storyline ( … because every good game needs one)

The campaign mode of Rival Knights follows the story of a so-called peasant (you!) who has entered the jousting tournament in hopes of earning fame, while collecting some gold on the side. The tournament has currently been divided into five leagues, each one further sub-divided into five rounds that end with the defeat of a boss (lord, in this game’s case) jouster. The player has to defeat several opponents in order to reach the round’s final adversary. 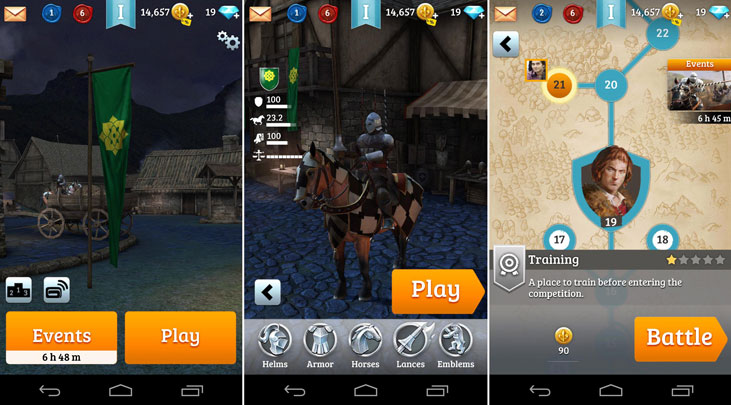 There are a number of modes for play-offs as well in the campaign mode, like a sponsored duel where player gets jousting equipment from a sponsor, and two- or three-round encounters where every single joust must be won in order to advance.

A royal seal (a fancy in-game word for invitation) is needed to enter any individual competition in the game and unfortunately for some, there are only 6 seals available at max in the game at any point in time. As the seals run out, player has to wait for a few minutes while they refill, or more seals can be bought using in-app purchases.

The joust begins with both opponents lining-up on either sides of the rail. Player has to give the horse a perfect start by tapping the screen just as the final horn blows, and the horses gallop towards each other. During the run, player has to keep up the acceleration by tapping screen at optimal points of sprint as well. Just as the opponents come within striking distance, player has to aim at the opponent’s weak-point by dragging the lance on the screen. A good hit will send the opponent flying from their horse, accomplishing the player’s mission well enough.

The confrontations use real-life sport elements i.e. strength, defence and speed as a measure of final win or lose decision. A player that excels in at least two of these metrics during a joust wins the battle, and the game’s theme revolves around honing and upgrading these metrics.

Strength comes from the player’s lance and the precision of aiming it at opponent’s weak-point. New lances can be bought in the game for coins, and existing ones can be upgraded for the same. Defence can be upgraded by using better armor and helms. Lastly, Speed depends on horse the player uses and its acceleration during the joust, which works more or less like shifting mechanism in any car-racing game i.e. tapping the screen at an optimal points as marked during the sprint.

Alongside the campaign mode, Rival Knights also features an Events mode where real-life players can compete with each other for rewards. These events are live for a limited time and every single combat requires a social seal to enter, just like campaign mode requires royal seals. Players can choose allies who can send seals to the player as well. Events mode adds another dimension to the otherwise moribund campaign mode which only increases in difficulty. 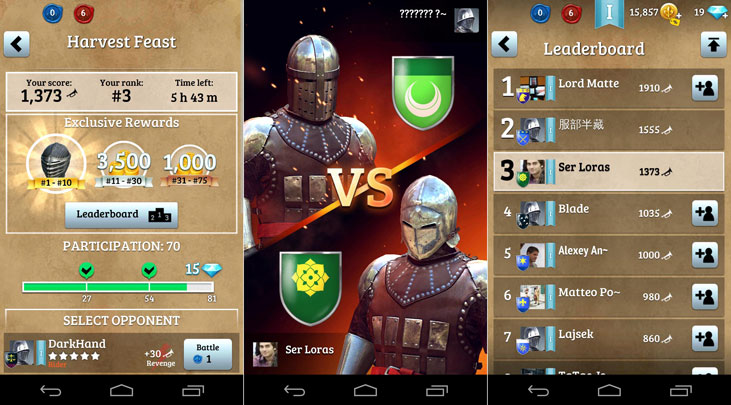 Like other offerings from Gameloft, or any modern mobile platform game for that matter, Rival Knights relies heavily on in-app purchases. Players can buy coins and gems to use them for buying new equipment, speeding-up the upgrades, or buying social/royal seals to enter more fights than what is allowed for freebies. 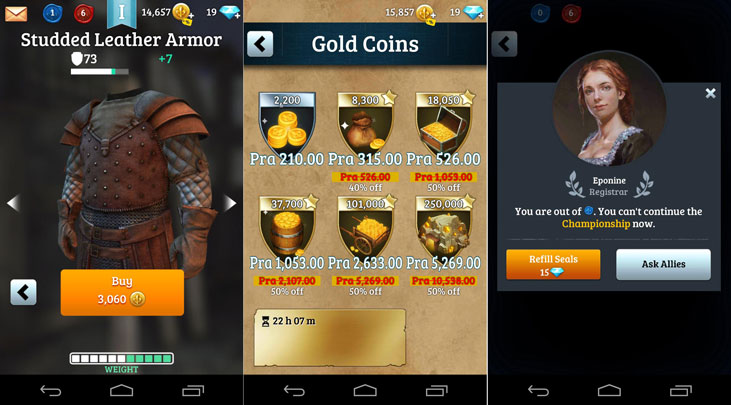 Rival Knights features quite good, if not out-of-this-world graphics for a mobile app, and there is a decent learning-curve that makes it engaging to play. Some players, however, might find the game’s heavy dependence on in-app purchases for serious advancement to be a bother. Running out of seals and then waiting for them to refill may be cumbersome but surely Gameloft hopes to either make you an addict or force you to fork out some hard-earned cash of yours using this game model. In the end, it is up to you to choose whatever alternative you prefer, but it will be an enjoyable ride for the admirers of the middle age-era sports (or us GoT fans). 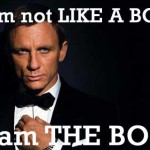 30 reasons you should have your own startup