Expensive Yet Scarce Power: Solar To The Rescue 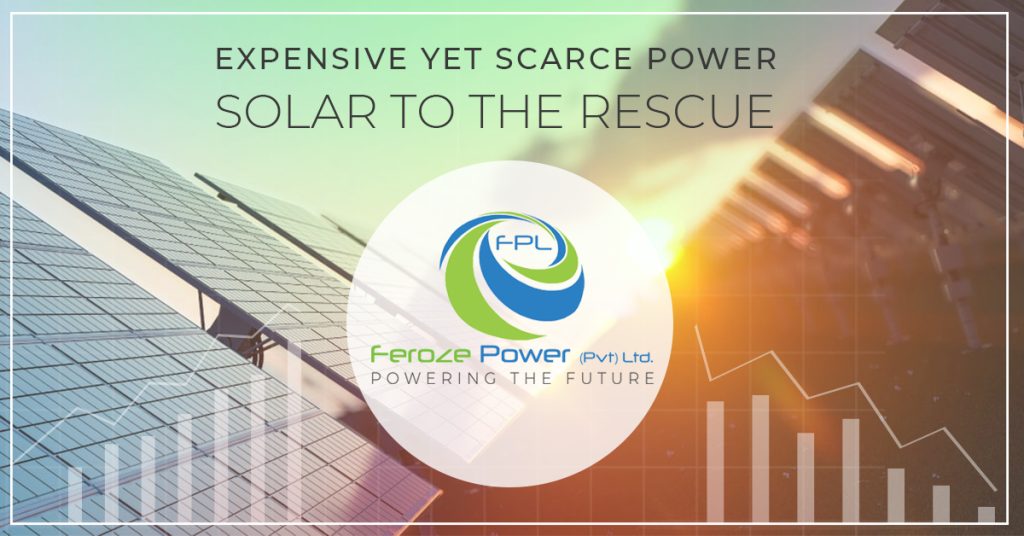 Just when we think the worst is over for Pakistan’s energy woes, the situation takes a new turn for the worse. While the country saw some years of relief in terms of consistent power supply, the crisis seems to have hit back harder.

The problem is not complex – power production in Pakistan has become increasingly expensive due to rising fuel costs, and the fact that the country still majorly uses imported fossil fuels to produce electricity even in this day and age.

Pakistan’s energy mix of 64% fossil fuels, 27% hydropower and 9% other renewables and nuclear power aren’t helping the situation; quite the contrary.

The country’s failure to shift from thermal power generation to greener, less expensive power generation methods have led to inflated bills and power outages. The shortfall that had crossed 7,000 megawatts (MW) last month brought bad news for industries as much as it did for households.

According to the Ministry of Finance, the energy crisis is the largest single drain on Pakistan’s economy, shaving off up to 2 percentage points from annual gross domestic product growth in the country.

It’s easy to gauge the adverse impact of the power situation on Micro, Small, and Medium Enterprises (MSMEs) as they’re the lifeblood of Pakistan’s economy – SMEs contribute 40% in GDP of Pakistan and 25% to overall exports.

With the business community suffering from constant power tariff hikes and increased power outages, companies have also reported facing competitiveness as their productivity gets hugely impacted due to power issues.

With these problems that don’t appear to be subsiding in the near future, it’s easy to ascertain that self-sufficiency in the energy sector is a must for the economic survival of Pakistan, and the key in this regard is renewable energy. 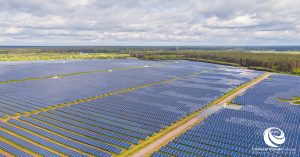 One good sign toward the materialization of that shift is the voices that have begun to rise in favor of renewable energy. Recently, the Pakistan Solar Association urged PM Sharif to step in and help in customs clearance of solar equipment stuck at various ports.

Additionally, the government intends to start up solar power projects totaling around 14,000 megawatts this year as a substitute for the expensive electricity produced using imported fuel. This is part of a program that includes tax benefits and lower prices for solar systems.

The government has also reportedly instructed the Finance Division and the Power Division to draft policies to entice private sector investment in renewable energy projects, including solar ones while ensuring timely payment to investors and project sponsors.

“All these sound like great plans and reflect a solid intent to move away from traditional power generation practices and embrace a greener, less costly methods to produce power indigenously,” shares Sales Director, Feroze Power.”

“The country, especially the industrial sector of Pakistan, needs such encouragement to shift to solar, or other renewable energy, and reap the benefits in the long term. If that doesn’t happen, we’ll see de-industrialization in the country which may be a good indicator for the developed countries, but for a developing country like Pakistan, it means economic disaster.”

Feroze Power is a residential and industrial solar systems company providing sustainable, reliable energy solutions to its customers. The company is currently meeting the renewable power needs of over a dozen Pakistani enterprises.

“Pakistani solar potential is immense and our industrial clients realize it well. Imagine just 0.071 percent of the country’s area utilized for solar PV meeting Pakistan’s current electricity demand. The potential can just not be overstated,” he adds.

Since the power crisis in Pakistan doesn’t appear to be abating any time soon, solar power does present itself as one of the most practical solutions. It’s only by expanding its power mix that Pakistan can tackle this massive problem that continues to gnaw at its socio-economic development.

“All of our industrial clients are totally satisfied and happy to have taken this decision. It’s understandable how businesses need to take cautious and calculated decisions, but the industrial clients that we have already started reaping the benefits of their solar shift,” adds Feroze Power’s Sales Director.

But shifting to solar isn’t easy for everyone, especially small-scale businesses given the one-time installation costs that might seem prohibitive to some. But, the long-term benefits soon begin to trump these teething troubles. 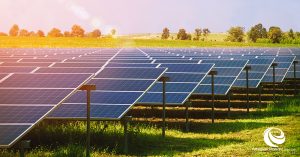 “We highly encourage businesses to move to solar power because it’s not an expense, but rather a very fruitful investment. And for those small enterprises who can’t afford the upfront installation costs, we also have easy installment plans to ease their shift,” he adds.

“We understand that businesses can’t afford power shortfall, outages, and electricity bills that are only getting fatter by the day. We’re here to help them and have the best possible solutions to meet their growing power needs for the long term,” he states.

Meanwhile, the power tariff is set to continue its upward trajectory for the industry as well as households. Plus, the plans to address the power shortfall are vague at best, leaving businesses clueless on how to maintain competitiveness and stay afloat in these uncertain economic times. 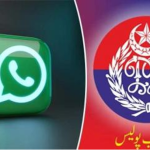