Fact Check: Is the “Argentina COVID” video really a virus?

The National Information Technology Board (NITB) of Pakistan has just released a warning for all of its citizens stating that a video is circulating on WhatsApp by the name of “Argentina”. The video link, if opened, hacks your phone within 10 seconds and cannot be stopped.

Stay Updated with @NationalITBoard Cyber Alerts | A malicious video named " Argentina" is circulating on WhatsApp that shows how the COVID-19 curve is flattening in Argentina.
Do not open the link as it hacks your phone in 10 seconds & it cannot be stopped in any way. pic.twitter.com/3EnBArmHxT

We noticed that the warning states that the video is malicious however it is highly unlikely that just playing a video might cause your phone to be hacked, that too within 10 seconds. So we decided to do a fact check on the video.

A quick google search shows that the VIDEO IS A HOAX. Upon further research, we found that the origins of the video trace back to 2017 where the message was similar stating that the video could hack your phone within 10 seconds and it was titled “Martinelli video”.

The “Argentina is doing it” video also seems to have been around since June 2020. Some have even suggested that CNN warned users of the video telling them to be careful. However, according to sources, the message is completely false and there is nothing to be worried about. The message is only meant to scare the people.

Don’t believe everything that you see out there and if something seems suspicious, be sure to just do a quick Google search first to be on the safe side. 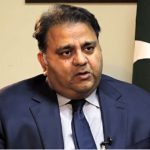