Fatima Gobi Ventures, a Venture Capital (VC) fund focused on Pakistani startups, plans to close its first fund, worth $20 million, to investors by the end of this month. The VC fund is a joint venture between Gobi Partners of China and Fatima Ventures of Pakistan. Gobi Partners is a Chinese venture capital firm headquartered in Shanghai, managing over $1.1 billion in assets in Southeast Asia. Fatima Ventures, on the other hand, is a Pakistan-based early-stage Venture Capital fund and is the force behind technology incubators like NIC Lahore and FV Accelerator. The partnership between the two firms was announced at the Pakistan-Malaysia Business and Investment Roundtable, hosted by the Board of Investment earlier this year in March.

According to Ali Mukhtar, the CEO of Fatima Gobi Ventures, the firm has seen a good amount of fundraising due to the combined experience of both parties. Investors in the fund include partners from across the Middle East and Pakistan, including financial institutions. Companies such as Fatima Group, the parent company of Fatima Ventures, and one of the biggest conglomerates in Pakistan with operations in textiles, trading, sugar, energy, mining and fertilizers have also invested in the fund. However, the firm would like to see more investment from the China and the Southeast Asia region.

The firm plans to invest in around 15 to 20 startups across Pakistan, with a focus on e-commerce, fintech and mobility. The initial investment would generally be between $100,000-$200,000 and could go up to around $2 million. This presents an incredible opportunity for Pakistani startups, which are starting to draw international attention due to their innovative ideas and the relatively untapped potential of the Pakistani market, as proven by Airlift’s recent $12 million series A funding led by First Round Capital of the U.S. 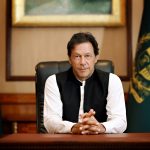