The Federal Minister for Science and Technology, Mr Fawad Chaudhry praised the scientists and engineers involved in the production of ‘Made in Pakistan’ ventilators on Tuesday.

The minister talked about these locally made ventilators in his speech and informed the assembly that the first batch of these ventilators would be provided to the National Disaster Management Authority (NDMA) by Thursday or Friday. He also mentioned that Pakistan is making other corona-related safety gear worth $100 million and exporting them.

Pakistan’s Ministry of Science and Technology and the Ministry of Health (MOH) had signed a Memorandum of Understanding in the beginning of June. This memo was regarding the development of Electro-medical devices used in the country.

Fawad Chaudhry said that locally made ventilators cost about one third of their imported counterparts; other locally made safety gear have also proven to be quite inexpensive.

The minister had previously announced these ventilators when they were in their final phase of testing; he had also stated that the country’s first COVID-19 testing kits had been approved by the Drug Regulatory Authority of Pakistan (DRAP).

The DRAP regulates all electro-medical devices used in the country. 15 different ventilators had been in their trial phases with the DRAP previously, along with many others that were in their Machine testing phase with the Pakistan Engineering Council (PEC).

Mr Chaudhry also informed the assembly of him and his ministry working to improve their relationship with local surgical goods manufacturing companies to enhance the production of these goods in the country. He also remarked that the export orders relating to these goods that are pending are worth $10 million dollars presently. 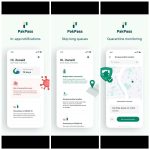