Google Celebrates 21st Birthday with a Doodle that has caught headlines 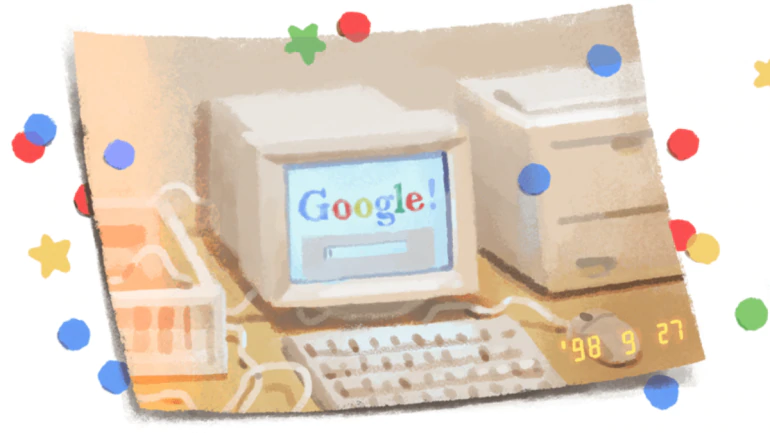 The ingenious search engine, and the giant tech company, is celebrating its 21st birthday with the world.

Google took the world by storm 21 years ago. The celebratory doodle shows a photo of the old, bulky desktop computer. It has a timestamp on it, which is dated to, 27-9-98. The search engine was a project of two computer graduates, Larry Page and Segey Brin, enrolled in their PhD programs in Stanford University. They created Google in their dorm rooms. One of its initial names was Backrub.

The students said: “We chose our system’s name, Google, because it is a common spelling of googol, or 10100 and fits well with our goal of building very large-scale search engines“. Googol mathematically meant 10 raised to the power of 100. Its initial competitors were Yahoo and Ask Jeeves. Their aim was to make all information accessible. Ryan Germick, one of Google’s employees says, there is no known date for Google’s birthday. It ranges from anywhere between August to September 1998. Google’s birthday was declared to be 27th September since 2015.

Google received a patent in 2001, with Larry Page registered as the inventor. Since then they have expended their search engine to include Gmail, Google Drive, Google Docs, Google Chrome (their web browser) and G Suite. In recent years they have delved in hardware too – they have produced their own  smartphones, Google Play Store, Google Home, and self-driving cars.

Google underwent a corporate restructuring. Alphabet Inc became the parent company in 2015. Both work together and are known as the biggest conglomerates in the world. September 2019 showed that Google’s net worth is $300 billion, and the parent company Alphabet is estimated to be $900 billion. This makes it the third most valuable company after Amazon and Apple.

“The relentless search for better answers continues to be at the core of everything we do. Today, with more than 60,000 employees in 50 different countries, Google makes hundreds of products used by billions of people across the globe, from YouTube and Android to Smartbox and, of course, Google Search“. Google Website.