A slightly updated version of Google Map’s interface has been rolled out. This changed interface can only be seen via the Android Auto standalone app. The update has gotten a new appearance along with new buttons

The new version can only be accessed by the Android auto app. Users will notice more floating signs and menu with the app. The direction sign in Google map has also been slightly changed in the new update. Overall the interface of Google Map for Android Auto has now become more user friendly so that it would not be difficult for the user to navigate the route suggested by Map while using the app.

The new update has also transformed the navigation in a landscape mode. As of Android Auto, though it had been rumored that the app might be phased out by Android but it hadn’t, and in fact, for  having the perfect road experience, users can download the app from Play Store.

Google has most recently rolled out many updates for Google Maps on Android and Android auto. Both the Beta users and Normal users have received additional improvements. The latest version of Google Maps stable is 10.44.3. This version was released right after the previous version that is 10.44. For the beta users, the version is 10.45.0. In fact, Google does not release updates unless there is something huge in there, so, users need to figure out by themselves as to what’s new in all these updates 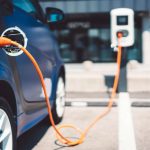