Finally, the much-awaited budget from the PTI government has been announced, and where people are complaining over the massive number of taxes imposed by the government, there are some positive aspects of the budget as well. Amongst these positive aspects, one particularly related to the ICT sector is the allocation of Rs. 100 million for the development of technology parks in the federal capital of Pakistan.

The budget was announced yesterday by the State Minister for Revenue Hammad Azhar. In the budget, the government has allocated a total of Rs. 951 billion for the development of the country and out of those, 43 billion rupees are solely placed for the development of the science and technology sector in Pakistan. This shows the government’s dedication to bringing a technology revolution in the country.

Compared to the huge Rs. 43 billion of Sci-tech the government has only allocated Rs. 7.341 billion budget for IT and Telecom sector which is to be utilized for the completion of 10 ongoing projects by spending Rs. 1.466 billion and 19 new schemes will be introduced from the remaining Rs 5.864 billion.

All in all the budget was not exactly what people expected it to be as it has increased the burden rather than decreasing it from the public’s shoulders. But if we look at the allocations for technology sector there is a slight hope that Pakistan will join the lobby of big countries in the global tech race soon. 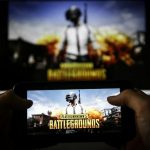