Over the years digital advertisements have grown from a substitute for mainstream advertising into the biggest threat that it has ever faced. Valued at $340+ Billion in 2020, digital advertisement marketing surely is nothing short of a treasure chest for the tech organizations that have direct access to it. Apple understands this and wants to get more of this industry, which is why the company in its recent report announced that they are looking forward to increasing the number of advertisements on the iPhone and they plan to do this by introducing advertisements on pre-installed applications that didn’t have advertisements before.

Gurman, an Apple observer suggested this a long while back and said that this could be used in two ways. Restaurants for example could pay for them to be higher in maps search results whereas they can also be given the flexibility to decide where on the app they want their ad slots to appear.

Apple advertisements have set up a goal for themselves, and that goal is to further push the company’s ad revenue of $4 billion into double digits. These increased advertisements are just another way to make that happen.

“Opportunities for developers of all sizes to grow their business. Like our other advertising offerings, these new ad placements are built upon the same foundation, they will only contain content from apps approved App Store product pages, and will adhere to the same rigorous privacy standards” said Apple while talking about the increase in advertisements. 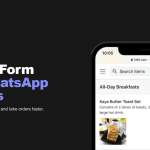