In midst of #USAElections2020 Donald Trump Jr. tweets the updated map of Pakistan

As the US Elections are picking up pace, Donald Trump Jr. has just shared the world map highlighting who exactly supports Trump and Biden. Upon closer inspection of the map, it can clearly be seen that he has used the updated map of Pakistan!

Okay, finally got around to making my electoral map prediction. #2020Election #VOTE pic.twitter.com/STmDSuQTMb

Here is a collection of tweets in response to the map:

While the American people are electing their new President, Donald Trump Jr. is reminding the world that Jammu & Kashmir is an integral part of Pakistan. https://t.co/eWsAQr8bJe

This definitely isn’t how the election is supposed to work:

now i’m no scientist but i don’t think this is how the american election works https://t.co/YZyVWWCq78

Someone pointed out an anomaly:

You really think people are that dumb huh? And why in the world is Antartica red?? https://t.co/McQHd9c18t

What is your prediction about the US Elections? 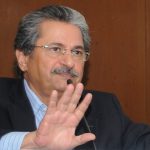 Education ministers to discuss the closure of schools on Thursday