On Wednesday the shares of Nividia have risen to 2.3 percent in the afternoon trading to a record of $404. The market capitalization of Nivida has reached to $248 billion against Intel’s $246 billion. The new-height makes Nividia the highest valued chip maker while Intel the third-largest in the world.

Unlike Intel, Nividia is known for being a fabless chip manufacturer, meaning it designs chips but contracts it with the third-party for the actual productions like TSMC. TSMC on the other hand is also marked as the second-largest chip producer after Samsung.

There are reasons were for the jump in Nividia’s stocks. The main reason is the AI workloads in the data center. Most chipmakers in the US have outperformed since March since the S and P 500 hits a low. But Intel has enjoyed much of its rebound than the Nividia.

While Intel lost a 3% value of the share in 2020, Nividia’s shares have surged about 68%. The investors have been betting that the office shift to remote working due to COVID-19 Pandemic is the reason behind the fast growth of Nvidia’s data center business.

Intel over the past few years has also been facing sheer competition from the foreign competitors and the market capitalization of this chip-making company has also been affected badly. The rate of shares went down when compared to South Korea-based Samsung Electronics and Taiwan Semiconductor Manufacturing Co. Intel has also suffered setbacks when it comes to its sprawling supply chain due to novel coronavirus pandemic. Nividia on the other hand is expected to trade 45 times more than the expected earnings. 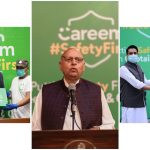