Khyber Pakhtunkhwa has decided to take another step towards digitization. They have introduced a Business Process Outsource system (BPO) from the platform of Khyber Pakhtunkhwa Information and Technology Board (KPITB). The project will start on October 15 this year.

The aim of this initiative is to create more digital job opportunities in the province and prepare people to be aware of advances in technology to avail the chance to find employment. They named the project “Work Around”.

It is Pakistan’s first-ever Business Process Outsource (BPO) system to help the country to not lag behind the rest of the world in technological advancement. In the Business Process Outsourcing (BPO), one organization hires another company to perform a set of responsibilities or even just one duty. Most of the time this happens when an organization is lacking employees or the capability to perform a task.

The Acting Project Manager of BPO, Saad Javeed said that the team of BPO is prepared to launch the project as everything is in its final stages. They are excited about the possibilities this venture brings. He added,

“We are hopeful that on October 15, the Chief Minister of Khyber Pakhtunkhwa will inaugurate the project, which will be a milestone achievement for the province.”

The project provides services to both local and international companies. It has given a platform to set up their offices in a good environment and with every possible facility. Saad Javeed told the media;

“The funding of the project comes from the World Bank administered Multi-Donor Trust Fund Multi (MDTF) for Pakistan which is worth U$2 million, out of which Rs144 million have been released to run the BPO project.”

Danish Baber Yousafzai, the Communication Manager at KPITB, said that the initiative is an equal opportunity for the government and public to make money. There would be 350 seats for different companies and they have made it compulsory to hire females (at least 30% of the working staff). 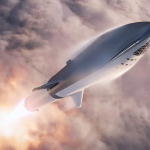