Owing to rapid technological advancements, we now have online solutions for almost everything, from reserving a hotel room to booking a cab ride. However, in South Asia – the world’s most populated region – it remains a challenge to find quality labor at the right time. In the scene steps Fori Mazdoori — a startup that is bringing blue-collared workers to the Internet and exposing them to better job prospects.

Fori Mazdoori was founded by Dr. Musstanser Tinauli at a whim of doing something that truly mattered. Prior to launching his own startup, he had worked on an array of projects that taught him invaluable lessons about social innovation and sustainable livelihoods. The main vision behind Fori Mazdoori was to tackle poverty, terrorism, and sustainability with one project as a starter. And what better point to start than the economic empowerment of the masses particularly those living on the fringes of society.

Fori Mazdoori works in a rather simple manner. Logging a laborer into their database so that his profile becomes accessible to everyone who uses their app. People looking to get work done, or employers, can then select a person who fits their requirements and hire him for the job. Together with the vast telecom-retail network, right now they are in the process of setting up registration points where workers can walk-in and request a registration into the Fori Mazdoori database. Once registered, the workers become searchable over the Internet through Fori Mazdoori apps and website.

A customer always thinks, will the worker be actually up to the mark? But the startup says they have it all covered.

With a little bumps here and there, the startup says they have loved the feedback they have received so far. On their beta launch, when they had a database of mere 1,000 workers, they received over 350 inquiries. The core team who runs the operations of the startup comprises of only 5 people. But they have received help from hundreds of volunteers in registering workers in Islamabad, Layyah, Rawalpindi, Lahore, and other cities. At their current pace, Fori Mazdoori expects to cross a listing of 30,000 skilled workers by the end of November.

However, an online solution like Fori Mazdoor raises a very valid concern of authenticity. A customer always thinks, will the worker be actually up to the mark? But the startup says they have it all covered.

Fori Mazdoori has list of growing verification on their website and the more verifications a worker has the more reliable he will be. They are currently in talks with NADRA and the Police Department and soon enough those verification will be incorporated as well. However, the most valuable is the feedback users give to a worker. This along with a rating is almost always an authentic indicator whether a worker is good or not. This model of a peer rating is widely used nowadays by the likes of LinkedIn, Careem, and IMDb.

ForiMazdoori has also signed MOU’s with top training bodies which helps them leverage their existing databases of over 750,000 trained skilled individuals. However, their aim for the future is to reach a point where 10,000 workers sign up daily. The interesting part is that their addressable market is split in terms of skilled workers and employers. In Pakistan there are about 60 million laborers and a teledensity of about 70%. Their aim is to bring about 3.65 million laborers on the Internet.

Very recently, Fori Mazdoor launched a side venture called Skill Bazaar. Contrary to popular belief, both are co-existing and the main reason behind launching Skill Bazaar is that the word ‘Mazdoori’ does not resonate with the young populace. And since they plan on expanding to the international market, they opted to grow a name in parallel that could be used to the foreign market. “I may be biased but SkillBazaar is a very cool name and has three words two from English, one from Urdu, one from Persian,” adds Dr. Musstanser.

Over the years, Fori Mazdoori has received laurels both locally and internationally. They were winners at Telenor Apportunity, won the Best Startup Award at Startup Expo Islamabad, runners-up for the Innovation Award by the Pakistan Innovation Fund, and included in the ‘Top 15 startups of Europe and Asia at Startup Istanbul. Earlier this year they graduated from Velocity, Telenor’s startup accelerator. Their stint at Velocity presented them with opportunities to take Fori Mazdoori to largescale events paired with invaluable exposure and direct mentorship from top innovators.

Two years since their launch, Fori Mazdoori is ready for the investment injection to scale their operations. Infotech Group in Lahore is their first investor. In order to successfully lift off their pilot, they are currently seeking USD 125,000 and another USD 500,000 after their pilot run.

In the long run, they aim to become the largest and the most up-to date database of workers not only in Pakistan but across Asia. In this digital age, Fori Mazdoori is hoping to mobilize millions of workers and provide them with better work prospects whether they own a smartphone or not. 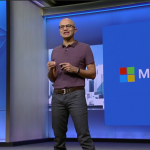