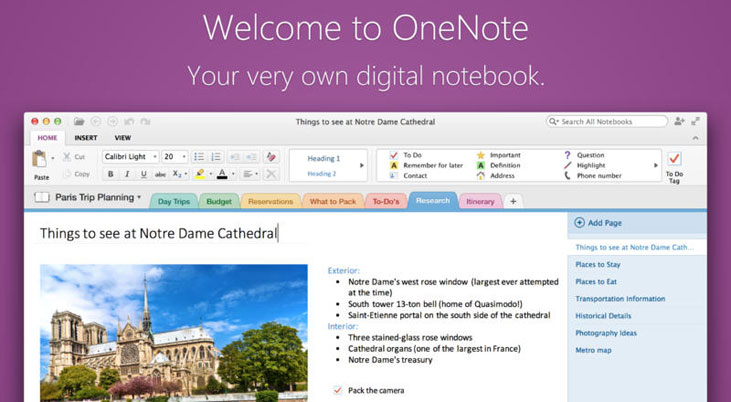 OneNote is Microsoft’s take on note-taking applications and it used to be a part of Microsoft Office Suite, but it was recently announced that Microsoft will release as a stand-alone application for several platforms. The announcement finally materialized today as OneNote went free for all platforms alongside a brand-new version for Mac.

OneNote was introduced back in 2003 as an optional tool on top of the highly-successful Microsoft Office Suite and was later integrated into the Suite in 2013 edition. It was made available for Android and Windows Phone later on but a Mac version was missing and, according to Microsoft, was highly in demand from Mac users. Microsoft fulfilled that demand today with the Mac version which comes a number of improvements and the tidings of free version for all platforms including:

OneNote is designed around a notebook-like theme with every new document broken down into Sections which contain Pages, in which notes can be arranged alongside documents, clipping, images, lists and more. A single page can run indefinitely long and notes can be placed anywhere with every distinct note contained within its own container. Common features like tags, to-do and check lists and categories are available as well. The Mac and Windows versions are almost identical and offer a similar experience. OneNote is free for all platforms but a paid version will be needed in order to exploit the premium features like SharePoint and Outlook support.

Moreover, Microsoft has announced a cloud API for OneNote as well, which will help developers integrate the application features with their own apps and make the data transfer, sharing and interfacing a lot better and easier. 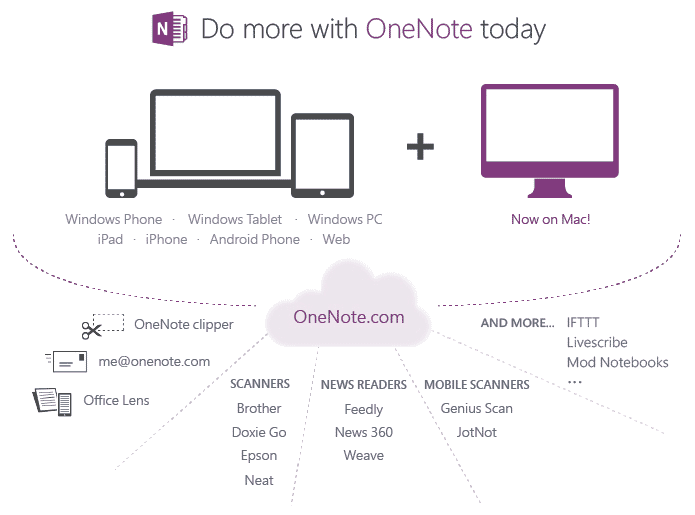 Microsoft OneNote is a direct competitor against the note-taking applications like Evernote, which are not only free for general use but have a strong user-base as well, primarily because they have been around for all types of devices for quite some time now. While it is highly unlikely that OneNote would dethrone Evernote In the near-future as the preferred app for this purpose, Microsoft is verily on the right track. OneNote’s interface might look overwhelming at first but it is a powerful tool with a number of exclusive features and it most certainly has the potential to become one of the top go-to options in its category if Microsoft dedicates enough attention and resources for it. 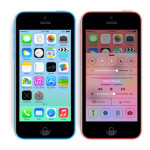