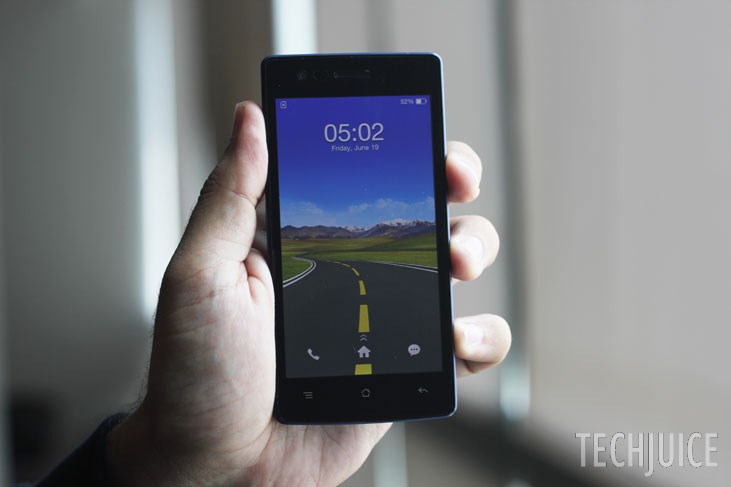 OPPO is a Chinese Smartphone manufacturer that launched in 2004 and managed to captivate the world with their smartphones, their most recent entries into the market are with the Neo 5 and Neo 5s, both phones are being heralded for their camera and aesthetics that are sure to please a good audience. The phone is targeted towards an audience that wants to carry less while still being able to carry a powerful camera in their pocket.

The phone has some modest features: the combination of a feature rich 8MP rear / 2MP front, 4.5” IPS display, 8GB ROM and 1GB of RAM are only some of the reasons that this phone will catch the eye of someone looking to dive into the phone.

OPPO has been present in the Pakistani market for quite some time now. Although, OPPO phones have the potential to rule the budget and mid-tier range phones, but their exuberant prices for the specs always leave things for desire. The Neo 5s is a phone that has its beauty lie in the eye of the beholder, let’s see what makes this phone unique from the other phones in the market.

Enough holding back, let’s jump straight into the review. 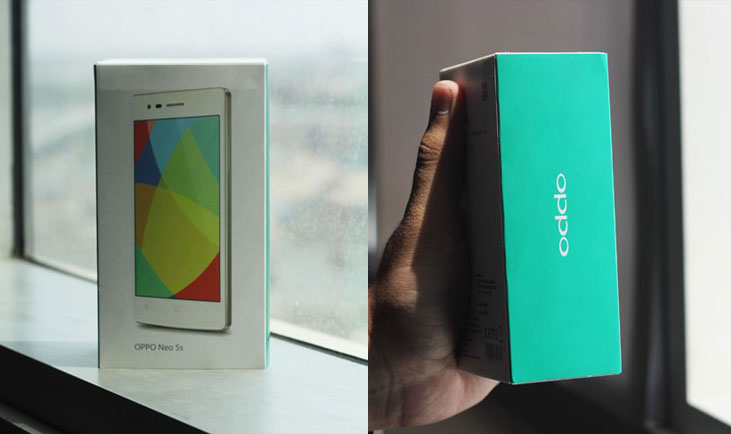 The 4.5” Display size has a ~218 PPI pixel density paired up with a 480 x 854 resolution. The trio combination of a small screen size, PPI and resolution are truly obvious straight out of the box. In this price range, 5.0” is the standard you will get in most devices backed with a 720p display and more PPI. The pixelation is apparent right out of the box and it soon grows to be an eyesore. The screen has an obvious over glaring blue tint hanging over the display which just doesn’t seem to go away no matter what picture you use.

The colors and display look washed out and boring to look at, In all honesty the phone was no fun at all in the display section. In terms of video playback and gaming, the phone manages to do a sub-par job, enjoying both on such a small screen is only disappointing at best but of course at the time of videos and games, the blue tint manages to go back stage and give you a good display of both, but the small screen size will easily limit your enjoyment.

Reading texts while walking under the scorching sun of Lahore, playing games on the Metro bus with auto brightness and catching up to E3 trailers when on the car ride home showed the strength of the IPS display. The phone failed to surrender to the sun and delivered crystal clear visibility throughout.

The OPPO Neo 5s utilizes an 8-megapixel rear illuminated sensor with a F/2.2 huge opening and 5P lens. It is more photosensitive, has a higher resolution, and can piece infrared light adequately. The Neo 5s is indeed your photographic sidekick, prepared, regardless of day or night.

The camera result is absolutely stunning to say the least. The phone offers a plethora of camera features right out of the box for the user to enjoy and immerse themselves in. The camera was an absolute delight to use and stood the challenge of various lighting environments. Zoomed in shots were smooth and clear and even Night Mode shots lived up to their promise. This phone is a true delight to use for the photographer on the move, you will NOT be disappointed.

The Pure Image creation engine contains various plug-ins for extended camera functionality. Functional plug-ins can be added or deleted according to one’s needs. The camera can be customized to your preference, such as taking of selfies, photographs, videos, or funny pictures!

Double Exposure lets you have fun with a “Game of Clones”. Take two shots together and overlap them for some fun results.

Taking pictures in Night Mode has never been easier. The colorful night shot mode uses a smart multi-frame optimization and synthesis algorithm to effectively remove noise and improve brightness and clarity. Photographs can even be taken at night, with the bright and colorful lights fully captured.

There’s also a very handy feature called Flash Shot. It allows you to take pictures with the phone screen off by simply pressing the volume up and down buttons together. This can be useful when you want to quickly capture a scene and there’s not enough time to open the camera. People having kids at home would definitely relate to what I am saying.

Beautify is an inbuilt feature that allows your selfies to come to life with a range of modes to boost the final result of your selfie.

The phone is paired up with an Adreno 306 GPU and a Qualcomm MSM8916 Snapdragon 410 Quad-core 1.2 GHz CPU, the phone is indeed a good contender though in terms of benchmarks the phone does deliver but not to the expectations I had for its price.

Before we move on to Benchmarks, the games managed to run well on the phone, Asphalt and Mortal Kombat X again managed to show me a constant flow of stable FPS that didn’t hinder my enjoyment of the game. Multitasking was quick and easy to do, with ~400 MB of RAM being at the user’s disposal straight out of the box. Though for more RAM intensive games, you will have to kill every other process in the background before starting the game.

Here are the benchmarks: (ill upload all screens from office tomorrow) 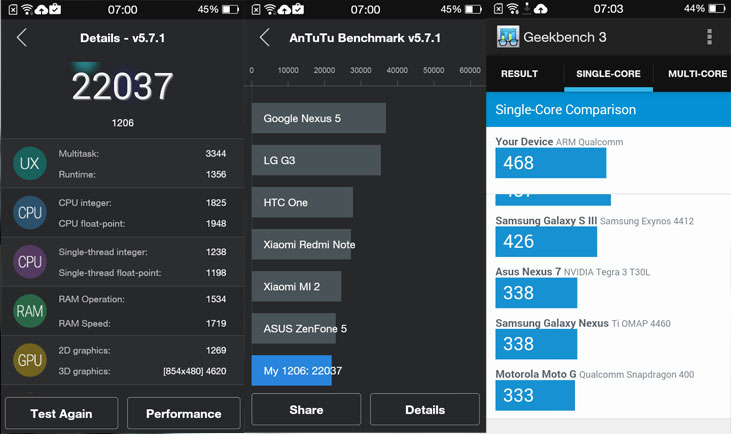 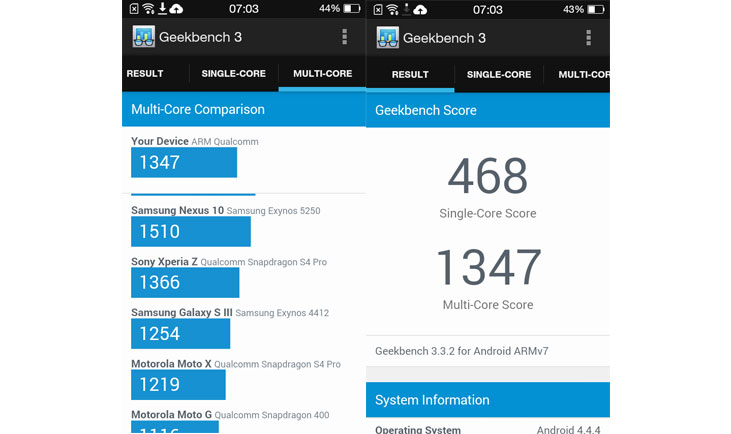 The phone has a strong and sturdy metallic design to it. With volume buttons on the right side of the body and the power button affixed to the left side of the screen. The back is a shiny gloss finish but has no means of attracting fingerprints, while the screen is smooth and has a fine matte finish which helps in reducing fingerprints on the screen. The phone is good to hold and the features of the phone help in making it lightweight to carry.

The unique lamination process of the Neo 5s gives it’s back cover a smoother, cleaner, and more natural appearance. It is available in two colors: crystal white and sapphire blue. The beautiful shine and intelligent design reveal the Neo 5s inherent quality.

The phone has a strong metallic feel to it, despite the composition, the phone isn’t actually heavy and is in fact very light to carry weighing in at 135g. 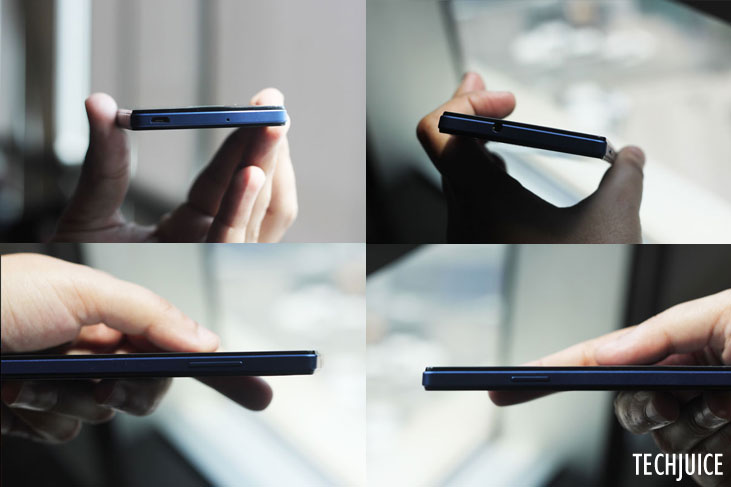 The OPPO Neo 5s runs on the ColorOS 2.0.1 UI Engine, proprietary to OPPO Phones. It offers many in-house features such as optimized visual and hierarchical schemes, integrated screen-off gesture, and air gesture operations and the recently-added video editing gives you an easier and a faster operating experience.

The phone comes back with Android 4.4.1 out of the box which, of course, is still compatible with a huge majority of the apps on the PlayStore so you needn’t worry about app compatibility. But given the price and standard, I was expecting at least Android 5.0

Screen off gestures: Here, you can use your finger to draw a letter and have it act as a shortcut to an app when the phone screen is off to immediately launch the app.

Easier screenshots: Taking screenshots of your phone has never been easier, simply swipe 3 fingers up or down on the screen and capture screenshots with ease without the worry of scrolling.

Knock to Wake / Sleep: Another feature that is present is the ability to double tape the screen to wake up and sleep. 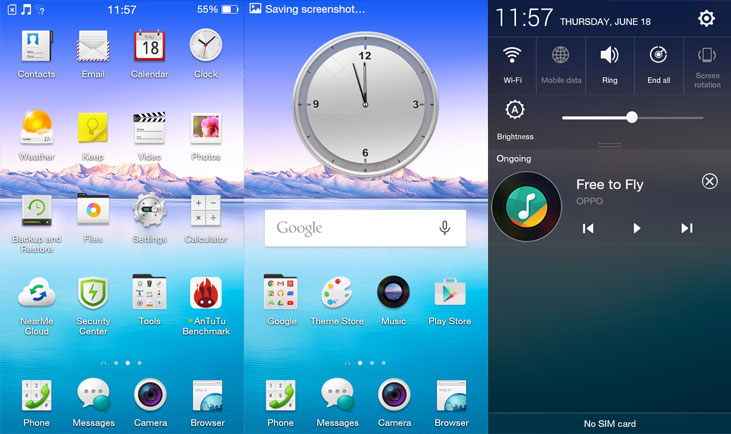 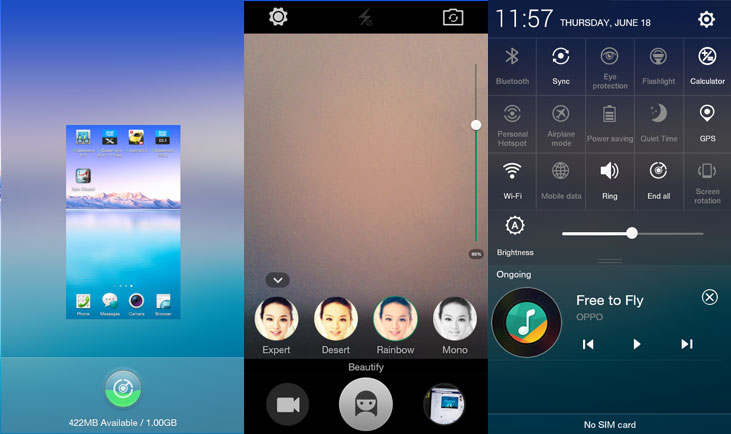 On a 100% charge, the phone lasted me nearly 12 hours. Took the phone off charging at 9AM and with a day of usage that consisted of WiFi being on and off in between, light games, lots of camera, social media sites and texting, the phone finally gave me a time of 10 hours with 16% left on the battery and a total screen on time of 3 hours 35 mins.

Charging the phone isn’t any fun either since it takes around 2 hours 30 min to fully charge from the battery being drained to null and nearly 2 hours when being charged at ~15%.

With regards to external hardware, this phone was just an utter disappointment to me, the tiny screen, ppi, and resolution truly were a turn off, paired up with a 2000 mAh battery when 2000 and beyond are just as easily available in this price range with bigger screens and resolutions.

The software felt constrained and suffocated due to the external hardware. Such a magnificent camera felt wasted on such a tiny display. The potential of selfies is limited due to the narrow-angle lens of the front camera that makes it tricky to fit multiple people into the scene.

In an entire market saturated with large display phones, OPPO really isn’t offering a USP to this phone because of how unflattering sub 5.0 displays are in this day and age to the youth who are now more than ever infatuated with taking pics. Outside of the outstanding camera and other software features, There are better phones out there in terms of hardware and software which can give you more value.

All in all, the phone is honestly something which I feel I am at a loss to find a target audience for without feeling a bit of guilt. The phone has excellent software including camera, speed of the OS, multitasking and several other performances but hardware disappointed a little bit. In this price range, there are bigger, better phones hardware wise such as; Samsung Galaxy Grand Prime and the Lenovo S850 but for software this phone holds the crown. 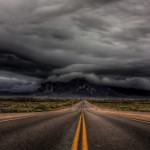