Pakistan, a nation of 220 million people, has significant human and knowledge capital since almost 60% of its population is between the ages of 15 and 29. There are already more than 2,000 IT businesses and contact centers nationwide, and that number is increasing annually.

Pakistan has 13 Software Technology Parks, more than 20,000 IT graduates and engineers are created annually, and more than 300,000 English-speaking IT professionals with competence in established and new IT products and technologies.

There has been an increase of 47% in freelance earnings and a 70% increase in Pakistan’s exports of IT over the last three years, Pakistan is the fourth fastest growing freelancer market. The development of the nation’s digital infrastructure is also accelerating quickly. One of the fastest expanding industries in the country is IT/IT-enabled services, which accounts for $3.5 billion, or 1% of the GDP. 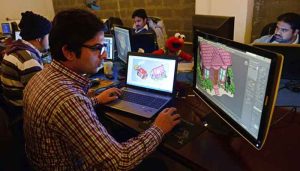 Comparing the first eight months of the current fiscal year to the same period the previous year, Pakistan’s IT exports climbed by 26%. They have increased by 50% over the past four years, and analysts predict they will increase by 100% more over the next two to four years to reach $7 billion.

The State Bank of Pakistan estimated that Pakistan’s software exports are currently worth $700 million. Freelancers not registered in the country contribute an additional $1.2 billion to exports, a figure that the central bank has not recorded.
According to the Pakistan Vision 2025 and Digital Policy 2018, the size of the ICT industry is expected to reach $20 billion by 2025.

The most notable change in the country’s generally deteriorating security situation has significantly improved recently.

When it comes to traditional IT outsourcing, other South Asian countries are more expensive. They find it hard to compete in technology areas like artificial intelligence, the Internet of Things, cyber security, automation, etc. According to a survey from the San Francisco-based organization Deel, Pakistani freelancers’ incomes are among those with the fastest increases worldwide. With a 27% pay increase, Pakistanis came in third after Mexico (57%) and Canada (38%). A 2019 Payoneer poll concluded that Pakistani women freelancers made $22 per hour, 10% higher than males, who made $20 per hour. The incomes of male freelancers in Pakistan are comparable to the worldwide average.

Pakistan’s technological ecosystem has also rapidly expanded due to the multi-billion-dollar China-Pakistan Economic Corridor (CPEC) project. Technology (IT) parks have emerged as a critical hub for innovation adoption across various industries and economies. Both innovation and technology have emerged as new horizons for competitiveness, given the increase in economic activity supported by the development in business dynamics. 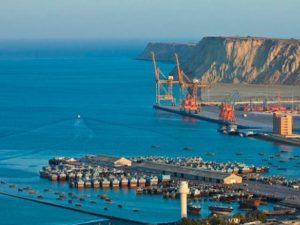 Businesses should consider gauging their performance based on how their customers feel about them, rather than just how much money they make. This is a neglected sector since most businesses and service providers prioritize gaining new clients and disregard the need to foster strong, enduring connections with them.

To achieve this goal, companies and freelances must believe that a greater understanding of their customer’s expectations is essential for a better and prosperous business, ultimately leading to a successful IT revolution in Pakistan.

IT Industry IT Pakistan 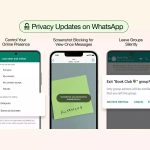