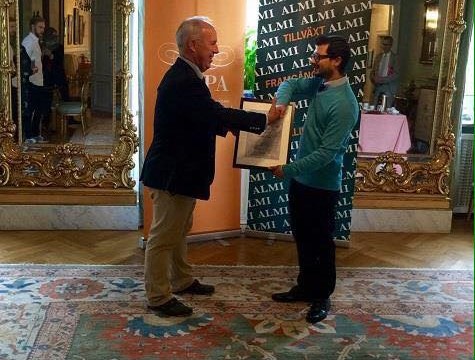 A Sweden-based Pakistani scholar has won the country’s most prestigious invention and innovation award, the SKAPA Development Prize 2016, for inventing a device to aid the elderly and persons with less mobility.

Currently working as a researcher in the University of Gävle on various European Union funded projects, Usman Haider is a young 32-year-old PhD scholar from Pakistan. He has been awarded the SKAPA Development Prize for being the inventor of a PhaseX Hip exoskeleton. The device is basically a way to help the elderly in their daily activities such as walking, standing, which we use in everyday life such as cooking, shopping, using the toilet.

This is the first time that an exoskeleton product has been tested as a non-medical assistive device anywhere in the world with ethical approval from the Ethical Board.

Usman won the award the from his region, Gävleborg County. He also been awarded with 15,000 Swedish Krona(around 2 lac PKR) by Governor of Gävleborg County, Per Bill on May 25 at a ceremony held at Gävle Castle, Sweden. Now, a national winner would be chosen from among the regional winners in November of this year, giving Usman a chance of winning a substantial sum of 550,000 SEK if he manages to win at the national stage too.

The exoskeleton works by using a number of sensors which can detect intentions of the person to move. It has a lower-body assistive non-medical exoskeleton which assists at hip, knee and ankle joints and is worn by the user. The exoskeleton is able to provide extra power or energy to the user to perform these activities. Moreover, it isn’t just limited to the elderly; healthy adults can also take advantage of it to make their tasks easier and less exhausting.

Usman is also an off-site PhD student in University of Polytechnic Cartagena, Spain as well as CEO of PhaseX AB which he founded in 2015 with two other partners. Now, he is focusing on this exoskeleton project. He has already received a 700,000 SEK investment for this purpose and plans to launch the product in Sweden later this year. 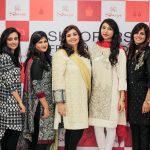 Sheops Launches the First Online Marketplace for Women in Pakistan