Peshawar’s first ever Civic Hackathon, if put into an equation would probably be something like,

Challenges + 2.5 days + Geniuses at work = Revolutionary solutions for the nation

The Information and Technology board of Khyber-Pakhtunkhwa organized this auspicious event in collaboration with World Bank, Code for Pakistan and Peshawar 2.0. It was held at the University of Engineering and Technology, Peshawar from 31st of January to 2nd February. The event brought about well-educated and enthusiastic minds, determined to eliminate the civic problems at hand. Twenty-two teams, more than 60 candidates, participated in this event, at the end of which 21 submissions were made for the tasks assigned.

The underlying purpose of the event was to bring about simple and quick SMS, Mobile or Web based solutions for the problems faced by the people in general. What more, the event hosted not only brought about some ingenious solutions and apps, but also made the resourceful citizens and government work together, as one. The government sector helped in highlighting the most pressing issues, while the participants worked diligently to dig up the right solutions. The teams were mentored and motivated, that kept them going on through these fruitful sessions. The winners were rewarded with different prizes, which included their competing on global scale; taking their work on a whole new level. The participants too were given the opportunity to become members of fellowship programs, which would help them continue working in the hackathon.

So who were the winners of this great event? Let’s take look at these incredible teams and their ideas.

Smart Life Saver is an android app developed by Sarmad Sajjad (Idea Lead) with his team members Yasir and Ahsan. The application works by reporting any car accidents via SMS to the rescue teams. The rescue team is sent the GPS coordinates through which they can locate the exact location of the accident. Along with this the user’s family will also be informed.

Messiah, As the name indicates, this life-saving application was designed by Ebtihaj (Idea Lead) and his teammates Zahid, Mubassir and Bilal. The application helps in case of emergencies by sending a message to a few chosen people in the contact list (the user himself sets the contacts beforehand). The current location of the user is sent to these emergency contacts, which can help him in trouble.

Rehnuma is a government information portal that guides people via text message about the prerequisites needed for any document or certificate they want to get like CNIC, passports e.t.c. It explains the procedure simply and helps the person timely. Also this application provides location and contact of different government departments and emergency services. This idea was lead by Ebad Ullah with his team members Nasir, Zeeshan and Usman.

In addition to the first three places, some of the other winning applications were as follows:

Audience Favorite was Instant Appointments, an application that gives appointment timings for any user, when he has to go for some work in government departments, and avoid long queues. Fixed appointment time means no long waits and quick service. The SMS- based application is initially aimed for the Khyber-Pakhtunkhwa Traffic Police Department.

The Aitzaz Hassan Prize for education went to ‘Schools ka ihtesab’; it is basically a web-based access to the educational progress of a child in school. The application is both SMS and web based and is extremely helpful in parent-teacher interaction.

Best Disaster resilience app was Disaster Management Survey. This application helps in surveying the families in need of houses in FATA. With the information gained from this app the government would able to make the adequate housing arrangements for the families returning to FATA.

Best open source redeployment was given to Rotti Kapra Makaan. ‘Rotti Kapra Makan’ is a website where people can tell about those in need, in their own area. The website highlights it for everyone to see and the generous donors can come forward to help. In this way, both the donor is satisfied with the fact that his money is being put to right use and the needy benefit too.

Best app for government statement problems was awarded to ‘NoKunda’. This application is definitely one of the most reliable and secure ways of reporting power theft. The minute you witness something like that, all you have to do is take a picture of it, a report will then be submitted to government agencies with GPS coordinates and the public will be notified too.

Some apps, right? Well, with the end of this amazing event, not only were great ideas brought into the limelight but people from all walks of life came forward to help their fellow citizens in trouble. This event, the organizers, the participants each and every one of them deserves appreciation for their sincere efforts and brilliant innovations. We really look forward to such events in the near future that help in changing our nation’s future for the better.

is a writer at the TechJuice. She writes about Technology, Startups and Entrepreneurship. Profile 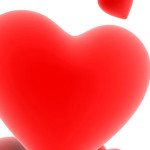 Use These Apps To Surprise Your Valentine