Internet has revolutionized the way we work and it allows people to work from home, a trend that has quickly caught on. Odesk is the world’s largest online working space where employers come to outsource work. In 2013, Pakistan rose to the rank of top five countries that were freelancing. According to an estimate, almost 0.2 million Pakistanis are putting in more than 35 Million hours in freelancing. Outsourcing is obviously a growing phenomenon. Plan9 has been up with its promise to help everyone who has a vision. Time and again we have seen it providing opportunities to the enthusiastic entrepreneurs to craft their vision into a reality. With 3 cycles finally graduating and so many new startups coming to limelight one can comfortably say that Plan9 is a great asset.
Entrepreneurs had already been in mind of many investors even without a platform. The self-employed population is at times not so dearly welcomed. Despite the fact that they bring in huge amount of contribution to the country’s GDP, it takes a while for them to be witnessed as potential economy boosters.
For now we have seen BaseCampPK providing coworking space for freelancers in Peshawar and DotZero in Karachi. Though Lahore should have been an early bird in this race but still it is good that there is something of the sort finally at Arfa IT Park.

Plan9 TechHub is a coworking space for freelancers. The main vision behind this new initiative is a fully equipped working place for young freelancers to unleash their skills without any hurdles that they might have to face otherwise. Moreover, this can provide them with ample space and time to fully focus on the work they are undertaking.

Considering the growing Freelancing Community in Pakistan, this is an excellent step from PITB as it can truly facilitate all those who work from home. Unhindered access to power supply and internet services will be a relief to many who have working in tough environments and delivering on their commitments despite the problems with electricity. This step can help those who participate grow and expand their business and bring more business online for Pakistan.
TechHub plans to provide the space on 5th floor of Arfa IT Park at the cost of PKR 5,000 a month per seat. The first intake will start on 27th January, 2014 and one can apply from coming Monday i.e. 20th January, 2014.
Click Here to know all about TechHub.
What remains to be seen is the how good this idea turns out to be. 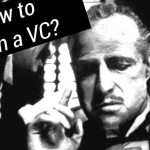 Tips on how to pitch a VC